German hotels have the right to turn away far-right extremists for their political views, according to a court ruling. The case struggled to reconcile the principles of freedom and equality. 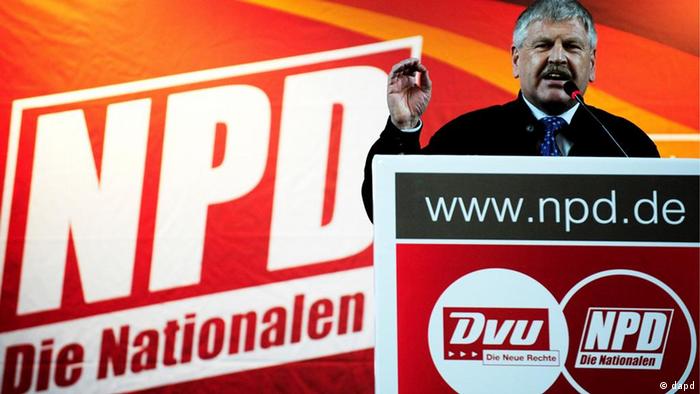 Germany's highest appellate court for criminal and civil cases ruled on Friday that hotels can refuse service to right-wing extremists.

The Federal Court of Justice said that although hotels have the right to refuse service to guests based on their political orientation, they cannot retroactively cancel bookings for this reason. The case arose when the spa hotel Esplanade in the eastern German state of Brandenburg refused to honor a booking made by the former head of the extreme right-wing National Democratic Party (NPD), Udo Voigt, in 2009.

They're into organic farming, oppose GMOs and worry about endangered species. Experts say neo-Nazis are increasingly cashing in on themes of the environmental movement to attract new supporters. (08.03.2012)

The hotel had argued that Voigt's polarizing political views were not reconcilable with its goal of offering an "excellent wellness experience" to all of its guests. Voigt had booked a four-day stay with his wife before the reservation was canceled by the hotel. He subsequently sued Esplanade for 7,500 euros ($9,915) on the grounds of discrimination.

The Federal Court of Justice ordered the cancelation of Voigt's booking reversed for the period in question since it was retroactive, but at the same time said that a hotel is fundamentally "free to decide whom it accepts and whom it does not."

Judge Wolfgang Krüger, a chairman on the court, had said in October that the case "raised unusually difficult legal questions." One of the questions was whether or not a hotel, like an airport or a stadium, is a public space open for everyone.

Although Article 3 of Germany's constitution states that nobody should be subject to favorable or unfavorable treatment on the basis of religious or political views, the court said this principle does not necessarily apply between private people and companies.