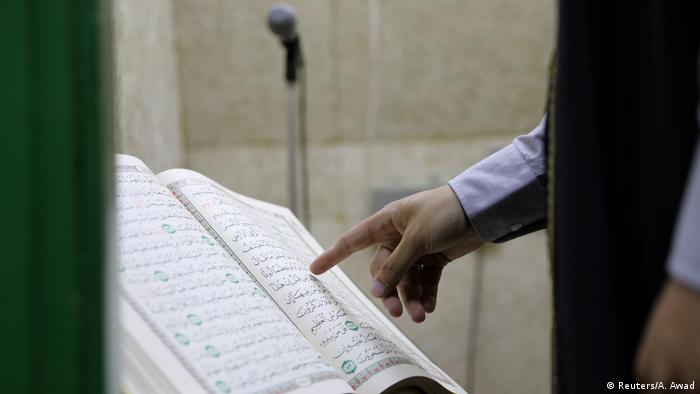 A court in the western German city of Münster on Wednesday ruled that a local mosque is permitted to perform its Friday call to prayer. It follows an appeal by the town of Oer-Erkenschwick against the prior decision to revoke the mosque's permission.

"Every society must accept that one will sometimes be aware that others exercise their faith," said presiding judge Annette Kleinschnittger.

A previous court ruling had ordered the mosque to cease its weekly call to prayer in 2018 after a local Christian couple, who lived about a kilometer away from the mosque, made a complaint, invoking their religious freedom not to have to take part in prayers or rights.

The court in Münster found that a part of laws on freedom of religion colloquially dubbed "negative religious freedom" laws did not give anybody the right to be spared exposure to other groups' expressions of faith, but rather that it sought to protect people from being forced to participate in religious exercises against their will.

What was the complaint against the call to prayer?

The complaint focused on the content of the call rather than the noise, with the couple's lawyer explaining that it was "not to be compared with the ringing of bells in Christian churches."

The adhan, as the call to prayer is known in Arabic, is a condensed form of the Islamic creed — for example that "God is great (Allahu akbar)" — typically sung five times a day by the muezzin; some consider it an art form.

Before its permission was revoked, the mosque performed the call to prayer for two minutes, once a week. It had been given permission for a maximum of 15 minutes. The mosque is run by DITIB, the largest Islamic umbrella group operating in Germany with 900 mosques. Its imams are educated, financed and sent by the Turkish government; the group is also on the radar of the domestic intelligence agency.

Read more:  Germany to push for imams to be trained locally, not abroad

The Gelsenkirchen Administrative court, which revoked the mosque's permit in 2018, stated in its ruling that the local officials had only considered noise levels during the permit process, and had not properly consulted the neighborhood regarding the social acceptance of the call. That initial ruling did not agree that the call to prayer violated the religious freedoms of those who heard it.

Three major German Muslim associations have demanded that politicians and media pay more attention to violence against mosques. They said the recent spate of arson attacks were an attack on society at large.

Coronavirus digest: Ireland goes back into lockdown 7h ago