A delay has been announced for the start of a high-profile trial in Germany of a surviving member of a far-right grouping, which had been set to get underway on Wednesday in Munich. 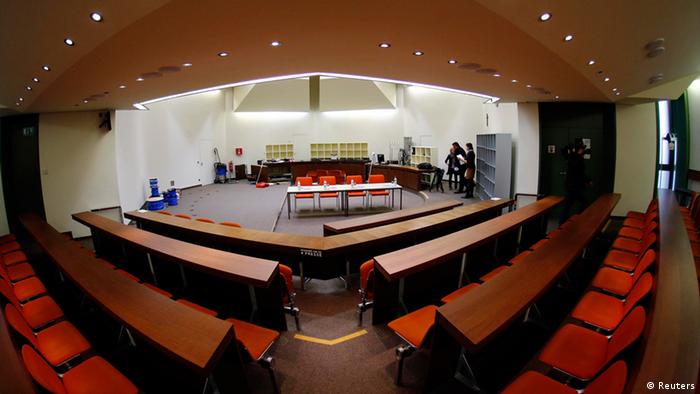 The upper regional court in Munich that is handling the trial announced on Monday that its opening would be postponed until May 6. The delay is related to the accreditation process for journalists covering the trial.

The neo-Nazi cell, the National Socialist Underground (NSU), is accused of murdering 10 people between 2000 and 2007. The group was only uncovered in 2011. The sole surviving alleged core member, 38-year-old Beate Zschäpe, and four alleged accomplices are facing trial.

After a controversy involving a lack of accreditation for foreign journalists in the courtroom, Germany's Constitutional Court on Friday ordered the Munich court to reserve "a suitable number of seats for representatives of foreign media with particular consideration to the victims of the alleged crimes."

Eight of the NSU victims were Turkish. One was Greek and the final victim was a German policewoman.

On Monday, the Munich court decided to start the accreditation process over from scratch, and said that the two days remaining until the intended start of the trial would not be enough to complete that process.

Criticism was quick to roll in after the court's announcement that the trial would be postponed.

Germany's Constitutional Court has ruled that foreign media should have access to the upcoming trial of suspected neo-Nazis charged with involvement in 10 race-related murders. DW takes a look at the pre-trial debacle. (14.04.2013)

A lawyer representing two of the victims' families was quoted by the newspaper Mitteldeutsche Zeitung on Monday as saying he was "dumbfounded and appalled" at the court's decision to postpone the start of the trial.

"You would think that a court would be capable of handling a question of seating capacity," said Mehmet Daimagüler. "This situation has taken on an element of slapstick."

Barbara John, a German government ombudsman who represents the victims and their families, was quoted in the Berliner Zeitung newspaper as calling the situation a "catastrophe." She said many of the victims' family members had made arrangements to attend Wednesday's intended trial start and that these arrangements had been for nothing.

The head of the Central Council of Muslims in Germany, Aiman Mazyek, made a statement in the Rheinische Post newspaper on Monday as well.

"If the court hadn't been so stubborn in the beginning, we could have saved ourselves this delay," Mazyek said. "I feel sorry for the victims' families – for them this is more torture."

No word on new process

The court in Munich had until last Friday resisted pressure to allocate seats specifically to Turkish or Greek media representatives inside the courtroom. There were 50 available places for reporters, and these were allocated on a "first come, first served" basis. No Turkish or Greek media outlets were among the first 50 to apply.

The German Journalists' Union (DJV) welcomed the court's decision to redo the accreditation process. In a statement on the union's website, the DJV said the court should consider the importance of the trial when considering the number of seats to make available.

Questions regarding the way the second accreditation would be handled, the number of journalists that would be given accreditation, or the possibility of a move to a bigger courtroom all went unanswered at a press conference with court representatives in Munich on Monday.