German couple goes on trial for sadistic killings in Höxter′s ′House of Horror′ case | Germany | News and in-depth reporting from Berlin and beyond | DW | 26.10.2016

It is a gruesome case, even for long-serving criminologists and psychiatrists. The trial has begun for a couple who lured women into their house and humiliated and tortured them, killing at least two women. 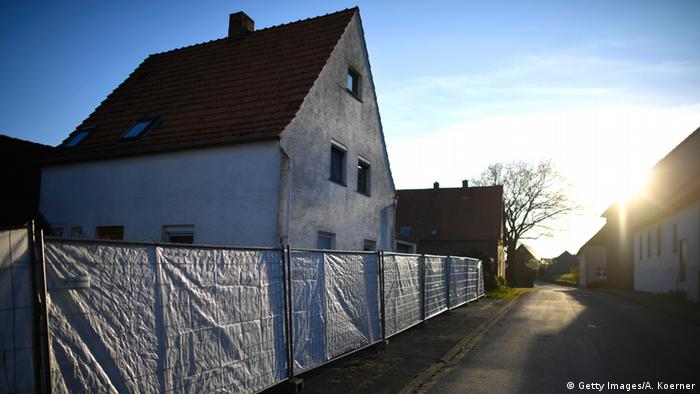 The window blinds on the lower floor of the nondescript house were always closed. The lights were always on even when it was sunny outside – the main thing was to avoid being seen. But Wilfried W. and his wife at the time, Angelika, apparently didn't just have quirky habits. They had terrible reasons for hiding. The couple from the Westphalian town of Höxter-Bosseborn were torturing women for years. Angelika W. alternated between being her husband's victim and accomplice.

The police are as yet unable to confirm the number of women who narrowly escaped being tortured by the couple, after they were lured to the house by lonely-hearts advertisements. The 40-person strong special commission named "Bosseborn" is still frantically searching for women who have not yet come forward out of shame. It is believed there could be as many as 30. German police discover more 'house of horror' victims

Susanne F. was one such woman. Shortly before midnight on April 21, 2016 she was brought by ambulance to the Helios hospital in Northeim. Angelika W. herself had called the ambulance. This event was the trigger that brought (almost) everything to light. During the ambulance trip the doctor noticed that there were wounds to her entire body: bruising, signs of being bound, toenails that had been pulled out and rotting flesh on the tailbone area. Susanne F. would have had to have been lying in the same position for weeks. It was not possible to save her and she subsequently died.

In the house of the torture-couple police discovered hundreds of slips of paper on which Wilfried und Angelika W. had gotten victims to declare all their injuries to have been self-inflicted. Those who have seen it describe the crime scene as looking like an indoor garbage dump. It is cold and damp. The wallpaper is coming of the walls and there is mold everywhere.

Despite all this Christel P. initially felt comfortable here. She had answered a lonely-hearts advertisement: "Farmer is looking for a wife. I am kind, nice, gentle…." She fell in love with the man, who a short time later chained her to a pigsty with handcuffs, while she stood barefoot in manure wearing only her underpants. Later she was forbidden to use the bathroom and in desperation had to use the cat's litter tray. She was only permitted to sleep under the computer desk. Her cell phone, purse, drivers' license and bankcard were taken from her. Christel P. is crucially important in the trial against her abusers, which begins this Wednesday in Paderborn. She is the only witness who knows what went on in the house and made it out alive. She will also be able to shed light on the role taken by Angelika W. during her ordeal. Wilfried W's now-former wife posed as his sister and is alleged to have often been more abusive than her husband.

Angelika W. has confessed. This is in contrast to her ex-husband who has shifted the blame for everything onto her. She has written down for her lawyer, Peter Wüller, the number of times during her 17 years with Wilfried W. that she herself was a victim of his violence and sadism. He is alleged to have choked her 250 times and scalded her 50 times. He even came up with names for his "specialities" such as "tit biting" and "blanket hag". According to Angelika W. he bit her breasts until they bled about 180 times and around 250 times he is alleged to have pulled a blanket over her head and laid on top of her until she was unconscious.

There was apparently a pattern to her husband's assaults: whenever they were alone together, he used her for his vicious excesses. At some point the idea for the lonely-hearts advertisements must have come, so that the terrible violent fantasies could be acted out on others. It was only when Wilfried W's, aggression was aimed at other women that Angelika was spared. This is allegedly why she, as assistant torturer, acted with such anticipatory obedience in tormenting other women. She seems to have been completely servile towards her husband. He did not tolerate any objection and expected unconditional attention. 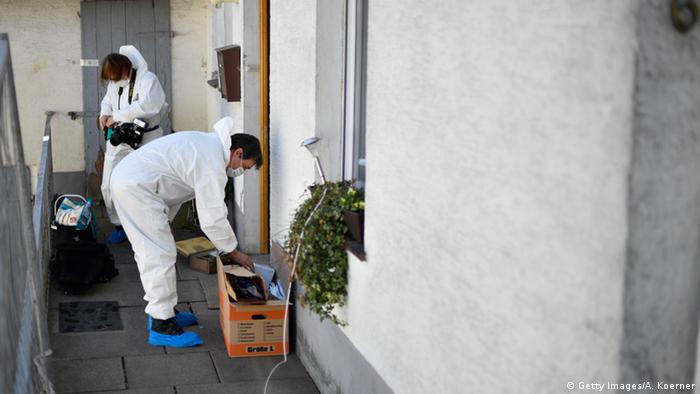 Anika W. the victim who disappeared into the oven

Wilfried W. has been previously convicted. Back in 1995 he brutally abused his first wife. The unemployed kiosk-owner, now 46 years old, had already tortured a woman at that stage.

It seems that his ex-wife, Angelika W., completely fell for him when they first met in 1999. She was a professional gardener who had never had a permanent relationship. According to information and estimates that have been compiled by investigators about her earlier life she was an outsider at school and was overweight and plain looking. The result was that she did everything in order to keep "her Wilfried" calm.

If the ensnared women bothered Wilfried W. because they had to go to the bathroom during the night, then she sprang into action. Anika W. did not survive one of these episodes. According to a statement by Angelika W., during Anika W's. last escape attempt, after she had been chained for weeks by the hands and feet lying face down in a bathtub, she fell and banged her head in the yard. Her body was then placed in a deep freezer after which it was sawn up and burned in the oven. Bone remnants and teeth were smashed with a hammer. According to investigators, this was all carried out by Angelika W.

How is possible to deal with this human abyss? According to Christian Lüdke, a psychotherapist from Essen, these two people were living in a delusional world. It was a kind of folie à deux, or "madness shared by two" in which the offending duo acted out their mental disorder together. In this case there apparently seems to have been a transfer of the delusional state from the principal offender to his wife. An expert report will determine whether the couple is criminally liable.

Shortly after the house in Höxter was discovered, Borwin Bandelow, a psychiatrist from Göttingen, said in May this year that Wilfried's ex-wife would probably be found to have diminished responsibility. "You have to imagine this accomplice like a schizophrenic to whom God has said: Kill your mother!"

Now to the trial: The attorney general has charged Wilfried and Angelika W. with murder through negligence. Angelika W. will also have to answer on five counts of attempted murder and assault. In addition, Wilfried W. has been charged with 30 counts of assault.

In the meantime, according to her attorney, Angelika W. is in custody and is writing and writing. She is recording every detail and is remaining completely unemotional. She apparently said to him that she feels as though she is "on holiday."

Editor's note: Deutsche Welle follows the German press code, which stresses the importance of
protecting the privacy of suspected criminals or victims and obliges us to refrain from revealing full
names in such cases.