Her case has garnered her fans from around the world. In a David v. Goliath victory, a small café owner in Bonn is celebrating a logo dispute "win" over Apple Inc. The corporation might have achieved its goal anyhow. 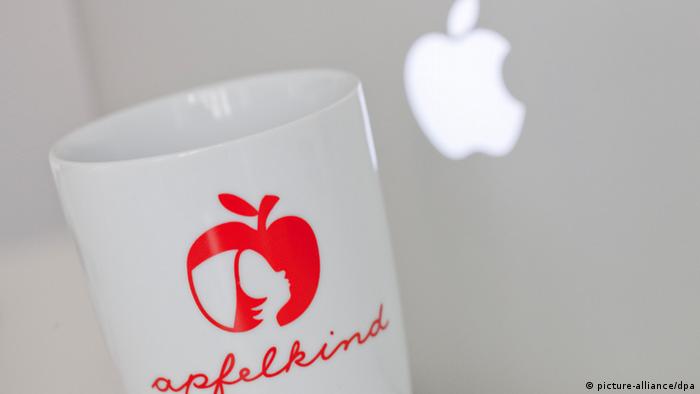 She wanted to create space where parents could spend time with their children, playing together or simply sharing a sugared waffle. It was a place where computers, smartphones and tablets were to play no role.

"So many people are consumed by technology, always multi-tasking - and then parents don't have any time for their child anymore," said Christin Römer, who opened a café in Bonn, Germany, called Apfelkind, or "Apple Kid," in 2011.

While their children are off exploring the café's playroom, parents can enjoy a cup of coffee in peace. The café's logo was meant to symbolize such an atmosphere, showing the curved form of an apple emblazoned with the face of a child. 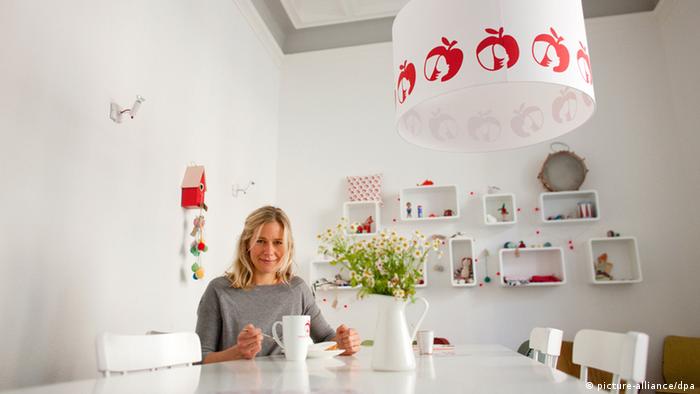 Apple's lawyers first took notice of Christin Römer when she sought to register her logo at the German Patent and Trademark Office (DPMA) in Munich. Apple lodged a complaint two years ago. After countless meetings with Apple's lawyers and sleepless nights, Römer says, the company offered her a settlement.

But Römer didn't want sign the contract. To do so would have forbidden her from manufacturing products related to computers - such as carrying cases for laptops, for example. But it was one sentence in particular that bothered the café owner.

"I wouldn't have been able to talk about it anymore, and would only be able to say that I have come to an agreement with Apple," she told DW.

She didn't want to do that, if only because her guests kept asking how the case was coming along. When the disagreement first began, Café Apfelkind's story reached as far as the Japanese media. Again and again, the café owner laughs, tourists stopped by to take photos.

Does Apple own every apple?

Then came the computer giant's about-face. Toward the end of September, Apple rescinded its infringement appeal from the German patent authorities. Römer's Apfelkind logo is officially registered at the DPMA.

"At first I could hardly believe it. I hadn't counted on that at all," she said. "I'm happy I didn't sign anything. Now I'm free."

Since an official judgment was never passed, however, Apple retains the legal right to renew its infringement appeal. 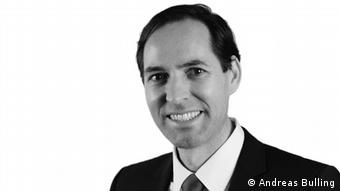 Patent lawyer Alexander Bulling doesn't believe the California company will allow things to come to that, though. "Apple would probably not want to lay itself open and officially lose to Apfelkind," he told DW.

While Apple Germany declined to comment on the dispute, cases such as Apple's are commonplace, Bulling says. While the café's logo doesn't look particularly similar to the computer firm's own, and a successful infringement case was never likely, Apple's move might still have been calculated, he says, so that small business would shy away from any and all apple-related themes.

In winning the case, Christin Römer invested much of her own money in her lawyer. In spite of the forgone funds as well as a number of critics, she also garnered numerous fans.

"I received so many nice emails from all over the world from people who supported me," she said. She's thankful for that even today and believes that without the media attention, Apple might have behaved differently.

With the case behind her, she can finally focus on plans for her café. From the beginning, she had hoped to open a second café in Munich and create a range of Apfelkind products, including a line of children's products.

But other small businesses should still be careful says Bulling, who also teaches patent law as an honorary professor at the University of Stuttgart. The risk factor, he says, is too high.

"If Apple had won the case, Christin Römer would have lost a lot of money."

Germany's Chaos Computer Club claims it's cracked the biometric security of Apple's TouchID on a new iPhone 5s. But experts have being saying for years the technology's not up to it. (23.09.2013)

'Whoever produces cheapest wins the contract'

Should patents on the products of embryonic stem cell research be allowed? The European Court of Justice said no, but the question has remained unanswered in Germany - until now. (28.11.2012)