The German government has passed a reduced budget for 2011, which sets spending at over 307 billion euros ($385 billion). It includes 11 billion euros in cuts to bring down the country's deficit. 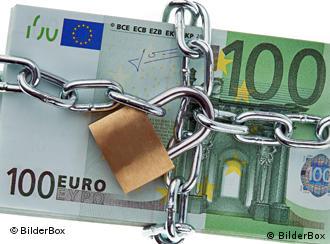 Cuts are likely to affect social and family services

With controversial cuts to social and family services, the 2011 budget was approved by the German cabinet on Wednesday.

As part of a strict austerity program set out by Chancellor Angela Merkel's government, the budget reduces public spending by 11 billion euros, a 3.8 percent decrease over 2010.

The government, a coalition of Merkel's Christian Democrats (CDU) and the pro-business Free Democrats, wants to further cut spending down to 301 billion euros by 2014.

Finance Minister Wolfgang Schaeuble is aiming to reduce Germany's new borrowing to 57.5 billion euros in 2011, down from 65.2 billion euros this year.

Schauble defended the cuts as he presented the plans Wednesday, saying there was no other alternative to tightening the purse strings.

"(With this budget) we are on a path that will reduce deficits that are too high," the minister said.

Volker Kauder, chair of the CDU parliamentary group in the Bundestag, said German debt had to be reduced "because high debt is part of the problem we have in Europe, and that goes for all European states."

The opposition Social Democrats (SPD), meanwhile, have attacked the budget plans, with Thomas Oppermann, secretary of the SPD parliamentary group in the Bundestag, saying the cuts would only effect the "socially weak."

He cited the scrapping of pension subsidies for the long-term unemployed as evidence of a budget that represented a "bitter socio-political hardening."

The budget is the latest chapter in Merkel's drive to consolidate public finances. The austerity measures and cuts are likely to be unpopular, with the center-right ruling coalition coming under attack from opposition parties for unfairly targeting the poor.

The plans will now go before parliament before the end of November.

Up to 25,000 Germans took to the streets of Stuttgart and Berlin on Saturday to protest the government's austerity package. This comes as the opposition is turning up the heat on Merkel's coalition government. (12.06.2010)

The government's austerity plan has triggered widespread criticism in Germany. Few doubt that cuts are neccessary, but many say that Berlin is cutting in the wrong places. (08.06.2010)

Dissenters within the governing coalition parties criticize the cuts (07.07.2010)