German brewers have launched a bid to get a unique law regulating the brewing of beer recognized by UNESCO. They hope to get the world heritage seal of approval in time for the 500th anniversary of the regulation. 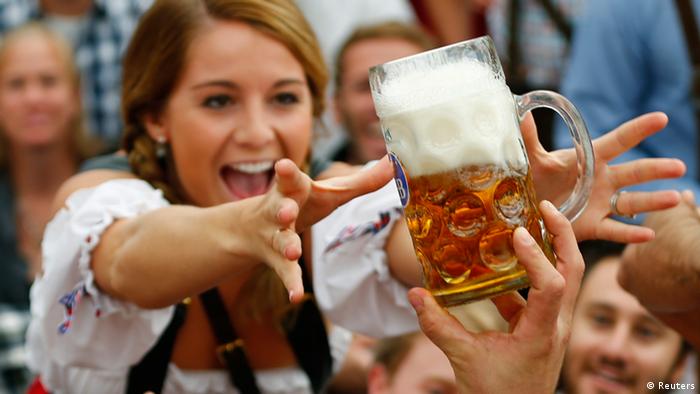 The German Brewers Federation announced on Monday that it had submitted an application to the United Nations Educational, Scientific and Cultural Organization (UNESCO) for the country's purity law to be added to the list for "intangible cultural heritage."

"If Germany is still regarded as the undisputed beer nation, that is due to the purity law," said Hans-Georg Eils, president of the German Brewers Federation.

Long before the Americans declared independence, centuries before Columbus discovered the new world and before Gutenberg invented movable type, Germans were already perfecting the art of making beer. (12.08.2009)

The purity law, called the "Reinheitsgebot" in German, dates back to 1516, when Bavarian Duke Wilhelm IV declared that brewers may only use only water, malt and hops to make beer. The law later spread to other German-speaking territories and with minor changes was adopted nationwide in 1906.

According to the German Brewers Federation, this makes it the world's oldest food regulation still in use. The group is seeking to get it added to the UNESCO list in time for the Reinheitsgebot's 500th anniversary.

Eils said getting the law added to the list would serve as "a sign of appreciation and an incentive at the same time" for the country's brewers.

The original purpose of the purity law was to protect beer drinkers from the substandard or even hazardous ingredients used by some brewers in the 16th century.

Germany, which joined UNESCO's 2003 Convention for the Safeguarding of the Intangible Cultural Heritage earlier this year, remains Europe's largest producer of beer, but consumption in the country has been declining for the past several years.