For English readers, Saša Stanišić is the most famous author among the six finalists for the literature award. But before they're translated from German, here's a peek at the titles that are seen as this year's best. 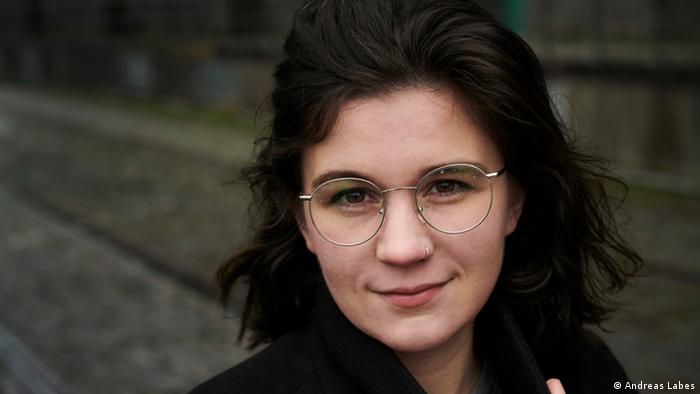 Each year, the German Publishers and Booksellers Association awards the German Book Prize for the best German-language novel of the year. It comes with a cash award of €25,000 ($29,000). On Tuesday, September 17, the longlist of 20 titles was narrowed down to a shortlist of six works.

Here's a look at the six selected novels: 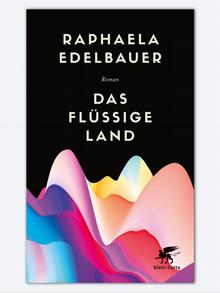 Edelbauer's novel is something of an outsider among the six shortlisted works. While the other titles on the German Book Prize shortlist tell stories set in relatively realistic settings, Das flüssige Land is a surreal nightmare.

It is about a small town whose center, the marketplace, sinks into a hole, gradually pulling the surrounding area down with it. Gross-Einland, the town in question, keeps sinking more and more. Ruth, a highly gifted physicist, faces a nearly insoluble problem: Her parents, killed in an accident, requested to be buried in her childhood home. But the house is no longer to be found, hidden. An influential countess dominates the memories of the whole congregation, and the inhabitants of Gross-Einland do not talk about the hole. The story can not be deciphered.

Born in Vienna in 1990, Raphaela Edelbauer follows in the footsteps of Elfriede Jelinek, the Austrian author and Nobel Prize winner. A repressed past rumbles in the background of her anti-Heimat novel; the "hole" metaphor embodies the abyss of humanity. The novel has also been nominated for the Austrian Book Prize 2019. 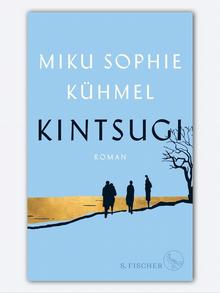 "Kintsugi" is the Japanese word for the art of repairing broken ceramics with powdered gold, a process which adds to the value of the pieces.

Miku — the Japanophile author chose this name affix herself — Sophie Kühmel says she staged her novel in the form of a chamber play. Four people, a house by the lake, a weekend: The story is told from changing perspectives and with changing forms, with some chapters consisting of dialogues and stage directives.

The story centers on artist Reik and university professor Max, who have been a couple for exactly 20 years. They decide to celebrate their love in the intimate company of their best friend Tonio and his daughter Pega, who is as old as the relationship between Max and Reik.

At a fast pace, the 27-year-old author explores sex, love and relationships. She dives into the inner life of her gay protagonists, exposing the cracks of their relationship, clashing their story with the early spring atmosphere by the lake. Meanwhile, Pega is also dealing with her own set of insecurities and confused love stories.

The tradition of kintsugi teaches that beauty is not to be found in perfection, but in the way we lovingly handle ruptures and injuries. But can a tea cup that's already been patched with gold be repaired a second time? 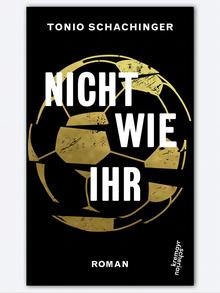 Ivo hates it when his colleagues pretend they're playing football just out of passion. As a professional footballer, he knows how much one needs to train to become one of the highest paid players in the world. He is cool and attractive, earns €100,000 a week, drives a Bugatti and has a wife and two kids he loves above everything else.

But when his childhood sweetheart Mirna suddenly appears, it shakes his world of ambition and boredom.

Austrian author Tonio Schachinger was born in 1992 in New Delhi. Peppered with Viennese milieu slang, his debut novel is a witty take on the highly capitalist world of professional football. 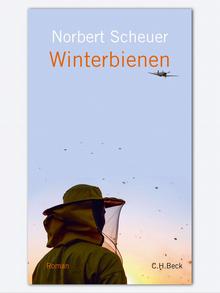 Norbert Scheuer lives in a desolate region in western Germany, in the mountainous region known as the Eifel, which is also where the protagonists of his novel live.

Winterbienen centers on a teacher of Latin and history who has been dismissed from school. Now turned beekeeper, Egidius Arimond is an epileptic, which spared him from serving in the army. With British and American bombers circling over the Eifel in 1944, he hides Jews in beehives to bring them to occupied Belgium — putting his own life in peril.

He notes in his diary the journeys of escape and how he — as a sick person considered worthless by the Nazis — is also in danger of being picked up at any time. His manuscript, hidden in a beehive, is found after the war.

In this novel, Norbert Scheuer, born in 1951, portrays in life in dictatorial regimes, where destruction meets hopes for a peaceful future. His refined narrative style is backed by solid academic research on the history of beekeeping in an Eifel monastery.

Scheuer had already made it onto the German Book Prize shortlist in 2009 with Überm Rauschen. 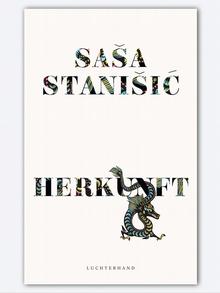 Announcing on Twitter that he had completed his fourth book in January this year, Saša Stanišić described Herkunft (Origin) as "a self-portrait with ancestors — and as a failed self-portrait."

Stanišić was born in Visegrad (in today's Bosnia & Herzegovina) in 1978 and has been living in Germany since 1992. In the spring of 2009 he visited his grandmother in Oskorusa, a 13-inhabitant village in the Bosnian mountains, the home of his ancestors. Herkunft has a lot to do with this trip, which inspired him to deal with his origins.

The result is a book with colorful, quirky characters; one about the coincidental features of each person's biography, about language, the summers of the author's youth, memories — along with fading memories.

While Stanišić was writing, his dementia-suffering grandmother died. "She lives on in the book. I carry her through the night, carry her to her own funeral and have her die again, on paper. But nothing will do justice to the goodness of this woman; no word can be as alive as she actually was."

His debut novel, How the Soldier Repairs the Gramophone, was translated into more than 30 languages and was also a finalist for the German Book Prize. 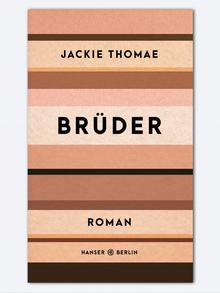 They do not know that they are brothers. Or more precisely: half-brothers, both dark-skinned, both born in the same year, 1970, in East Germany — one in Leipzig, the other in Berlin.

Mick, the Berliner, is a gambler. He's at home in the wild nights of the 90s, and later becomes the owner of a club, until he has an accident and loses everything: the woman he cheated on for years, his share of the club, his lifestyle.

The life of the other, Gabriel, could not be more different. He is a successful architect in London, a family man. But his life also collapses when he loses his temper in an incident. A prominent man suddenly becomes an outsider.

The only thing that connects the two brothers is the color of their skin. What role does skin color play? How does it determine our identity and how we are perceived in different environments?

Journalist and screenwriter Jackie Thomae, who was born in 1972 in Halle an der Saale, repeatedly faced these questions, since she also has the same skin color as her novel's characters. Thomae also explores the concept of origin — and its importance for society.

One of the most prestigious prizes for literature in German will go to one of 20 books selected for consideration. Bosnian-German author Saša Stanišić is among the listed authors. (20.08.2019)