Authorities have seized a rare WWII heavy weapons collection, including a Nazi tank, in a basement bunker in northern Germany. Its owner is upset it could have been damaged during the removal process. 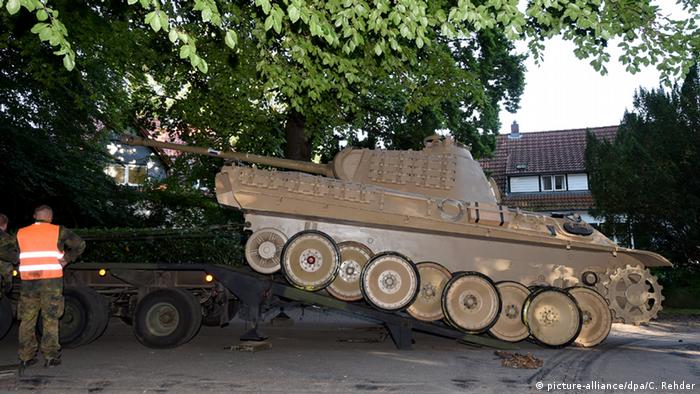 Military vehicles rumbling through what is usually a well-to-do, quiet neighborhood quickly drew a crowd of neighbors and spectators. They gathered to see the bizarre sight of a Bundeswehr tank dragging a Nazi Wehrmacht tank through the quiet streets of a residential area in the Baltic Sea resort of Heikendorf, near Kiel, on Thursday.

Twenty Bundeswehr soldiers worked for nine hours on a sweltering hot day to haul the 40-ton Panzer from the 78-year-old collector's basement with the help of two military recovery vehicles. The soldiers then moved the aged vehicle, which was no longer equipped with treads, onto a flat bed truck to bring the WWII tank to the Bundeswehr Putlos military training area.

Kiel prosecutors are investigating the owner of a WWII tank for a possible violation of the War Weapons Control Act. 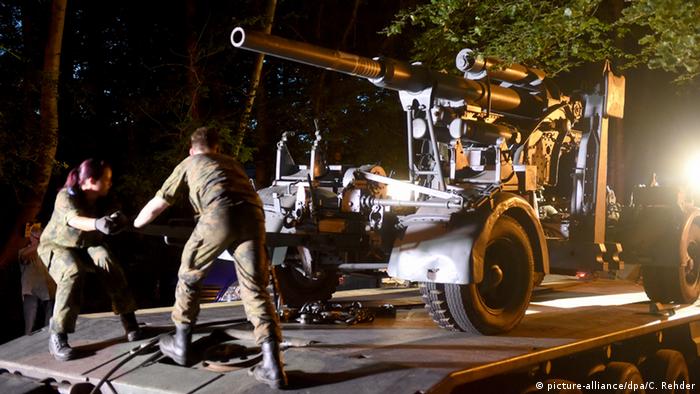 It wasn't the end of the Bundswehr's mission, however, as the basement hid another military vehicle usually presented in a military museum: an 88 mm flak cannon.

The size of the removal operation was out of proportion with the situation, the owner's lawyer said.

"The tank is demilitarized," Peter Gramsch said, alluding to a written statement held by the owner to that effect dated October 2005. Gramsch said he assumed the tank was damaged in the removal operation and that he would claim compensation for his client.

Investigators discovered the Panther tank in a large basement hall on Wednesday. They reportedly also seized weapons and a torpedo on the premises. A few months ago, the owner of the tank told German media about a collection in a subterranean bunker on his property.

He is also reported to have decorated his backyard with a Nazi-era bronze sculpture, which is how investigators searching for Nazi-era artworks re-emerging on the market learned about him in the first place.

The German parliament will continue to have the last word when deploying the country’s military in armed conflicts abroad. That’s the recommendation from a commission headed by former Defense Minister Volker Rühe. (16.06.2015)

The reasons for switching to renewables are many. Lowering emissions, cutting dependence on suppliers and saving money are the big oes. Now the Bundeswehr is is convinced too, and is doing its bit. (12.06.2015)

At a committee hearing last month, Defense Minister Ursula von der Leyen appeared to criticize her predecessor. This time, both were present. While the pair did express unity, it was seen as somewhat brittle. (10.06.2015)