Cameroon lost much of its musical tradition to colonialization, and the recordings that remained are decaying. So a German emigré is digitalizing and preserving the country's disappearing musical legacy. 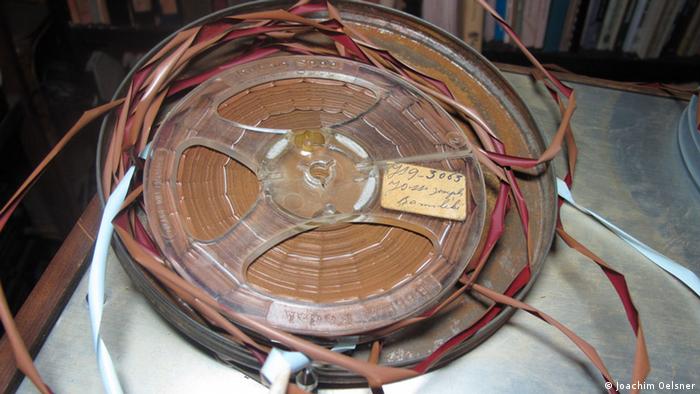 If you've ever held a 50-year-old audio tape in your hand, you know they weren't made to last forever. Especially not if they've spent half a century in the tropics. Knotted and crinkled, old audio tapes tend to spill out of their holder; playing them is out of the question.

Armed with q-tips, a small brush and a dust mask, Joachim Oelsner spends a lot of time with these decrepit relics. As soon as he's restored the old audio tapes to the point that they can be played, he makes a digital copy of them. 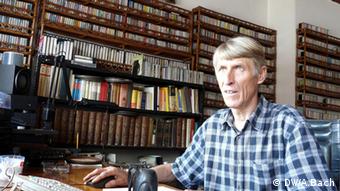 Oelsner is passionate about the music that comes from Cameroon, where he has lived for over 20 years in the capital city Yaoundé. His personal music collection fills not just an entire wall, but also a third of the floor in his office. He owns a unique collection of tapes and has compiled a large number of vinyls and gramophone records.

The Cameroonian state broadcaster CRTV has also sent Oelsner more than 2,000 "tape patients" to be doctored, and he has a room full of tapes waiting to be digitalized.

The radio recordings originated in the 1960s at the end of the colonial era. The managers at the broadcaster valued their country's musical heritage and organized productions that reflected a wide variety of the musical styles found in Cameroon. And these are just as diverse as the landscapes in the region, which includes everything from lofty mountains to tropical rainforests and picture-postcard beaches.

"Music here is a Gesamtkunstwerk," said Joachim Oelsner, praising the range of rhythms found in the different regions and the various languages that are sung in them. Oelsner, who first came to Cameroon as an editor for the German Academic Exchange Service (DAAD), finds it fascinating that some 250 different languages are spoken in Cameroon. 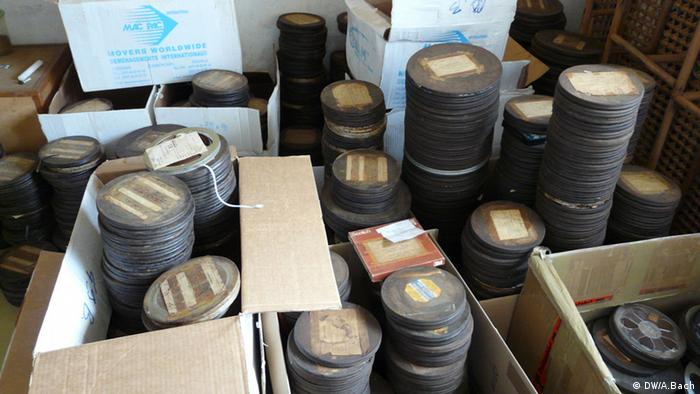 These recordings don't have much time left

It's now 15 years since Oelsner became interested in the country's musical heritage. In pursuing his hobby, he quickly found a Cameroonian friend who shared his passion for local music.

"For two years, we literally sat here every night and listened to music and translated it," Oelsner said. "He speaks Bulu, Ewondo, and Eton very well and also Duala quite well. We just let the music play and he dictated the translation. I recorded it all and transcribed."

Over time, the two music lovers compiled a sizable archive, which they dubbed Arc Musica in 2003. Oelsner became the point of contact for anyone dealing with Cameroon's musical traditions. 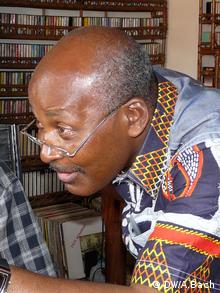 These traditions had long since disappeared from the villages and only existed on audio tapes, which have a limited lifespan. What began as a private hobby has since become an official project and Germany's Foreign Ministry, Bayreuth University and the Goethe Institute have all gotten involved.

Anthropologist and cultural journalist Francois Bingono Bingono is heading up the digitalization project from Cameroon. As deputy head of radio programming at CRTV and a music enthusiast himself, preserving his country's musical heritage has been a longtime dream.

"Musicians are poets, but they're also historians," said Bingono Bingono. "They are the memory of the African and Cameroonian people. Music tells, for example, the story of migration, the story of our origins, but also the story of everyday life. Artists convey all these things in their songs and we can rediscover it all when we rediscover this music."

The fact that a European is helping to preserve this musical tradition can be seen as a kind of recompense, since it was European colonialization that led to its disappearance from everyday life.

"When we took on this imported religion called Christianity, we were told that our instruments are devils and our rhythms are devils and we should sing to honor God," remembered Bingono Bingono. "The people turned away more and more from their musical culture." 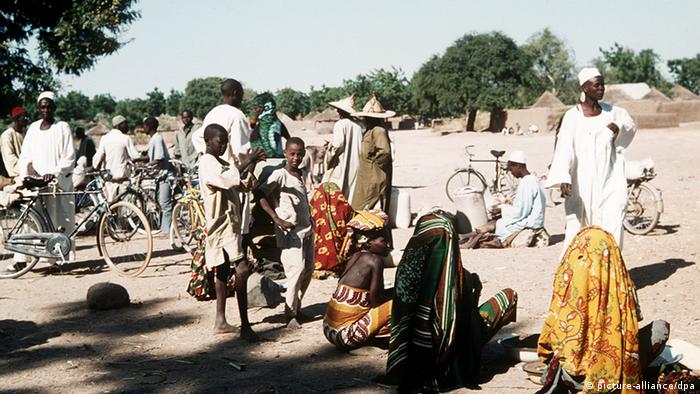 In many cases, traditional music has disappeared from everyday life in Cameroon

Oelsner sees in his daily work just how intertwined music and culture are. Sometimes he even makes unusual discoveries. In a dance piece originating from the coastal region of Littoral, he came upon a few German words inserted here and there in the text.

"Die Männer alle stehenbleiben" (All the men should stay standing) can be heard all of a sudden, as well as "ich liebe alle Frauen" (I love all women). The German phrases are traces of Germany's colonial rule over Cameroon, which came to Littoral in 1884 and ended after the First World War.

Cameroon's musical history has not yet been systematically studied, though a lot of informal research has already been done. Oelsner pulled a heavy manuscript from his bookshelf - a dissertation written by a Cameroonian academic in Paris in 1985. It includes a collection of song texts in which women denounce discrimination in society. 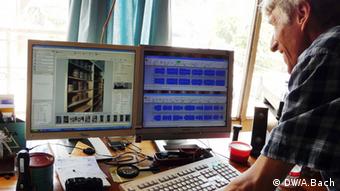 Oelsner prepares the music for a new era

"That's known as exogamy," explained Oelsner. "Women have to move to their husbands' villages and, if they get divorced, they have to come back to their own village, where they are condemned."

For the academic world, Oelsner's digitalization project opens up a treasure chest that very nearly was lost for good. But his dream is to create a media center that is accessible not only to academics, but to the people of Cameroon as well.

"I worked together with a woman from the South of the country who is an excellent translator," said Oelsner. "When she came here for the first time and heard the music, she cried and said, 'Here I'm coming to visit a white man and I discover my music!' "