Germany has increased aid to Indonesia, the worst-hit country in the tsunami disaster, by sending in the army to set up a high-tech mobile field hospital in the ravaged Aceh province. 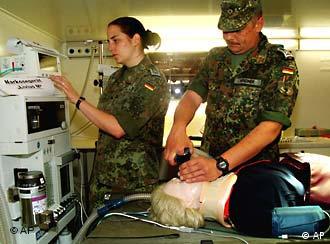 Training for the real thing

With nearly 400,000 people made homeless and more than 94,000 confirmed dead, Indonesia has borne the brunt of the tsunami that lashed countries in the Indian Ocean on Dec. 26, 2004.

The epicenter of the undersea quake which triggered massive tidal waves was near the northern tip of Indonesia's Sumatra island. The country's Aceh province, closest to the epicenter, has taken a severe battering with chaotic scenes of destruction and devastation. 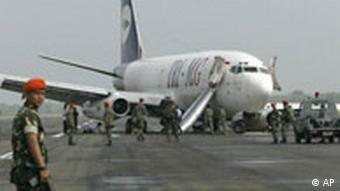 A Boeing-737 cargo plane carrying relief supplies lies on its side in the middle of the runway at Banda Aceh airport after it broke its wheels.

Even as aid workers raced to supply food and water to the thousands of refugees on the island, the international relief effort suffered a setback on Tuesday after the main airport in Banda Aceh, the island capital and a key hub for relief flights, was closed to planes. The closure came after the landing gear of a cargo plane collapsed in the early hours of the morning.

Fact-finding team in the region

Despite the setback, the German army has received a go-ahead from the Indonesian government to set up a high-tech mobile field hospital in the Aceh province that would enable emergency medical aid and operations for the injured and sick.

On Saturday, an advance party of nine German soldiers, a so-called fact-finding team set off for Aceh, to investigate conditions on the ground, assess the logistical challenges and check accessibility routes for flying in the mobile hospital unit which will be spread out in 40 tents.

According to the German defense ministry, 120 German army paramedics will fly out to Aceh, which has also been lashed by tropical rains in the aftermath of the disaster, and attend to victims in the field hospital. 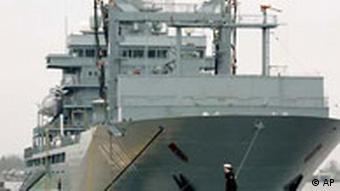 In addition, the German navy's hospital ship, "Berlin," has also departed for Indonesia as have members of the German Technical Assistance Service (GTZ) to set up a mobile water treatment plant to provide drinking water for Sumatra's civilian population.

The army hospital consists of 22 beds including three for intensive care patients. This basic unit is meant above all to provide emergency medical aid to the population. Paramedics are expected to tour the region and provide first aid where needed. 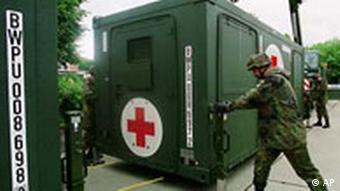 A part of the mobile field hospital

The more sophisticated elements of the field hospital include ultrasound machinery, X-rays and laboratory equipment which can help in diagnosing tropical illnesses as well as an on board pharmaceutical and medical supplies depot.

Jurdi Ziad, who will head "Mission Aceh," told German public broadcaster NDR that the mobile field hospital also enabled surgeons to perform emergency operations, up to 20 a day. The entire maneuver will involve transporting around 350 tons of material, Ziad said.

The army paramedics will be flown out to Aceh as soon as they get a green signal from the advance fact-finding team in the region. The field hospital is expected to be up and running within two hours of reaching Aceh and fully operational in 4 to 8 hours.

But, for now, it's difficult for the group of around 120 German army paramedics who are still awaiting departure to Aceh to paint a concrete picture of what awaits them in the crisis region.

Hartmut Siebertz, vice commander of the unit said they were still waiting for assessment reports from the fact-finding team.

"But, it's still very likely that we can expect unimaginably horrible conditions and really difficult working conditions," he added. 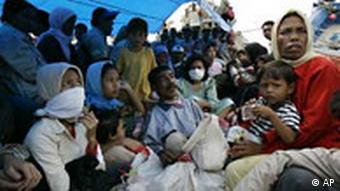 Media reports and televised aerial images already speak of untold devastation in the remote parts of Aceh province, where roads and airstrips have been washed away and entire towns have been erased from the map.

This week, reporters spoke of scenes of utter chaos as thousands of refugees huddled in makeshift tents and the smell of putrefaction and the stench from the strewn debris wafted over the island. Aid workers are already warning of the onset of disease in the face of massive water contamination.

Some of the German army paramedics like Stefanie Schwenn from Hamburg, admitted that she was nervous of the task ahead.

"We were actually all on vacation when we got a call that we should travel back to the base because we were going to Asia," Schwenn said. "What can you say, you simply think, 'Oh shit' in that moment. Yes, it is my first deployment and it's normal to be a bit scared."

Schwenn said that all she knew about the devastation in Aceh was what she had gleaned from the media.

Even Sven Börg, another paramedic who is preparing to leave for the region, said he expected it to be a harrowing experience. 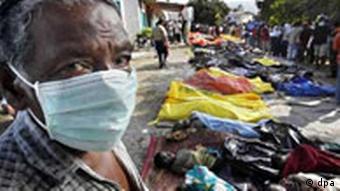 "One can't really imagine it theoretically," he said. "I think, when we actually arrive it, it's going to be quite a jolt for us to see how everything is destroyed."

Despite the fears and doubts, Siebertz said he believed that his mobile hospital unit could still provide valuable help to the remaining population.

"In the face of the high death toll to say that our aid is just a 'small drop in the ocean' sounds so negative," he said. "That's not how I would assess it. It's a very high-quality help that we're offering the people."

The confirmed death toll from the tsunami that hit Asian coastlines is still rising more than a week after the disaster even as a massive multinational relief operation gathers pace. (Jan. 3, 2004)

More than a week after a deadly tsunami struck Thailand's southwestern beaches, German holidaymakers, who survived the disaster, speak of their harrowing experiences. (Jan. 3, 2004)

Meeting the Challenge of Medical Aid

Europe's largest medical aid organization, Action Medeor, has just marked 40 years in operation. But the South Asia tsunami disaster has presented the German organization with a challenge unlike any in its history. (Jan. 3, 2004)