The German military commissioned its first spy-in-the-sky satellite system on Thursday, Dec. 4 enabling it to peek through clouds or the darkness of night at any spot on the planet. 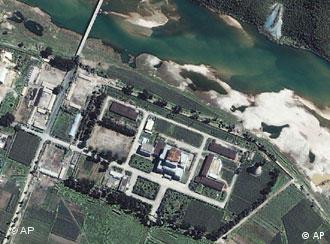 The synthetic-aperture radar (SAR) system uses five satellites that bounce radar pulses off the earth. Sophisticated computers convert the returning signals into a picture of the ground that can resolve features just 50 centimeters in width.

Germany is to share the data with France, which operates Helios II military satellites that photograph the ground in the daytime.

The 350-million-euro ($445-million) German system, code- named SAR-Lupe, became operational in the summer and was officially handed over to the military Thursday by the builders, OHB System. The ground station is in the town of Grafschaft.

Defense officials said Germany will be able to take radar pictures of any place at about 10 hours' notice, the time it takes for a satellite to arrive overhead and for the picture to be compiled.

Vice Admiral Wolfram Kuehn, deputy chief of the armed forces, said the system meant Germany no longer needed to depend on US data.

"The Kosovo conflict in 1999 demonstrated to us how important it was to have your own worldwide reconnaissance capability," he said.

The military could have also used such as system with its troops in Afghanistan or while assisting victims of the December 2003 Indian Ocean tsunami.

Radar pictures are not as fine-grained as photography from space, which clearly shows people and pets, as users of map websites know.

However radar is the best solution in night-time or rainy conditions over the target area.

The European Union should boost its defense capabilities and learn to pool the resources of its individual states, the French defense minister said at an EU defense meeting Thursday. (02.10.2008)

The European Parliament in Strasbourg approved by 502 votes to 83 the military use of the European Union's Galileo satellite. (10.07.2008)

The European Space Agency and Galileo Industries have formally signed a contract to develop the ambitious navigation system. Europe hopes it will rival the reigning US GPS network. (20.01.2006)