Gambling addiction nothing to play around with | Germany | News and in-depth reporting from Berlin and beyond | DW | 22.02.2014

Gambling addiction nothing to play around with

Slot machines pose the biggest danger to compulsive gamblers. A gambling addiction is a serious disease that can ruin lives and families, but attempts to tackle the problem in Germany have failed to make an impact. 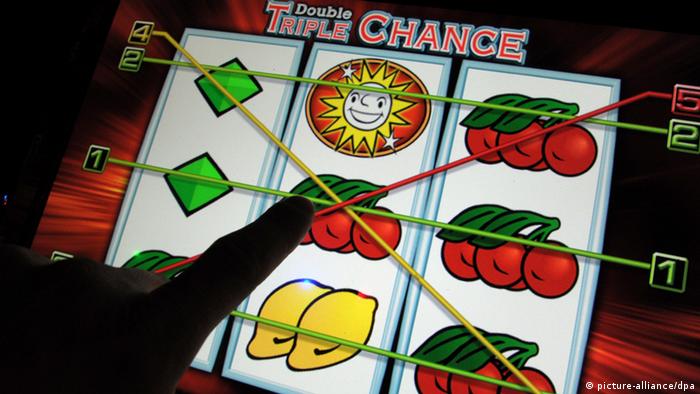 Just one more win. One more press of the button and the pictures spin round and round again. Will a winning combination appear this time? The chances are small, but that's how slot machines work. Lulled by the games' monotone jingles and flashing lights, compulsive gamblers are drawn in again and again - some even gamble away a fortune.

Modern slot machines, found in bars and easily accessible to anyone over 18, are perhaps the most dangerous form of gambling. Young unemployed migrants are most at risk, according to a new study on gambling addiction in Germany published by the Federal Center for Health Education.

Addiction experts estimate there are up to 300,000 pathological gamblers - serious addicts who quickly get sucked in by the thrill of winning on the machines. As well as live sports betting and online poker games, slots are particularly risky for addicts. Around 75 percent of gamblers seeking counseling help have a problem with machines.

"The shorter the time between the play and the result, the higher the chance of addiction," said Richard Stelzenmüller, a therapist who works with addicts at the LVR Clinic in Bonn. The music, the lighting effects and the quick game get young men hooked in a short space of time, Stelzenmüller said.

His first question in consulting sessions with addicts isn't how long they've been "on it," but rather: "Have you ever stolen from anyone to get money to play?" Like crimes related to drug addiction, if the answer is yes, it's a sign of heavy dependence. 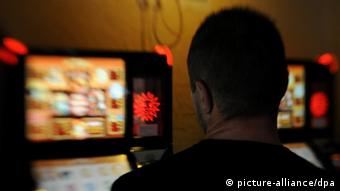 Young unemployed migrants are most at risk

Addiction creates a disruption in an area known as the brain's pleasure center. People under stress usually reach for a drug. Gambling can serve as fast-acting stress relief, but the implications can be devastating if addiction ensues. Addicts often plunge into debt, lose their jobs and families, become criminals, and are at high risk of committing suicide.

In the space of a year, some gamble away the value of an apartment. A total of 4 billion euros ($5.5 billion) are gambled away at gambling halls each year.

Part of the problem is that these private, usually small, gambling venues aren't regulated by the state. They don't fall under the German government's gambling monopoly, which includes lotteries, betting shops and casinos.

People in those forums face rigorous identity checks and can be banned - or choose to ban themselves - to keep them away from temptation. These stricter rules often end up driving addicts to slot machines in gaming arcades and bars, that are not regulated and where addicts are left to their own devices.

Profiting from lack of regulation

How is it possible that such a dangerous form of gambling isn't strictly regulated? Addiction counselors like Ilona Füchtenschnieder have long suspected that the slot machine lobby is more important to politicians than effective addiction prevention.

"They are always very lenient on the industry," said Füchtenschnieder, who works for the state gambling body in North Rhine-Westphalia. For several years she has been fighting against the trivialization of so called "small-time games."

When a new slot machine comes on the market, politicians put up with it, she says, and if that game turns out to be problematic, then there are "insanely long transitional periods" before any steps are taken. 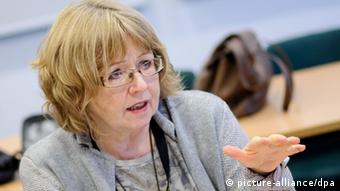 A good example of the cat and mouse game between politics and the gambling sector is the points game - one of the machine industry's tricks to bypass stricter gambling regulation. Each game must last at least six seconds, with a maximum bet of 20 cents per round, and a maximum loss of 80 euros per hour. Füchtenschnieder took a critical view: "The money that gets thrown in simply gets converted into points. You can play with much larger sums of money in a short space of time."

Who is the real winner?

Many different interests converge in Germany's gambling market. There are certainly strict rules such as the State Treaty on Gambling and the Gambling Ordinance, but there is also a powerful gambling industry. Their chief lobbyist is Paul Gauselmann, the head of a group of companies which manufacture slot machines, with an annual turnover of more than 1 billion euros.

The country also has a lot to gain from the sector. All states, with the exception of Bavaria, charge an entertainment tax, which amounts to millions in the bigger cities. For the municipalities however, gambling halls are more of a burden. The city usually pays for the costs of addiction, especially when people are unemployed. 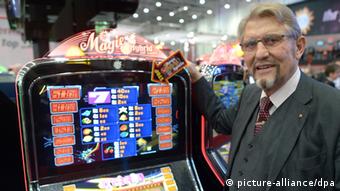 Paul Gauselmann has build a slot machine empire in Germany

Slot machines can guzzle away purchasing power. The devaluation of neighborhoods is another problem - who wants to buy a retail store or house in an area surrounded by dodgy gambling arcades?

Tilman Becker from the Gambling Research Center at the University of Hohenheim can't understand the fuss some local councils make over the proliferation of these types of venues. "It's a bit hypocritical when a municipality complains about the very gambling halls that they themselves allowed to be built there," he said.

When all other avenues have been exhausted, addicts end up at the clinic with Richard Stelzenmüller. They go through a radical withdrawal process, to help them change their behavior and abstain from gambling. Like drug addicts, they suffer mood swings, insomnia and intense cravings. An in-patient treatment lasts two months, therapy for an out patient lasts one year.

It usually takes gambling addicts several attempts to regain control of their lives. Those who do manage to stay "clean" often have to grapple with a mountain of debts. Many clinics offer additional debt advice.

Ilona Füchtenschnieder said she believes banning slot machines in restaurants and bars could make a difference as it often serves as an "entry point." The state can't prevent addiction, she admitted, but there are models that can help reduce the risk. In Canada and Scandinavia for example, government-issued ID cards aim to help players stay in control.

"That would be a useful preventative measure to mitigate damage," said gambling researcher Tilman Becker. Players register for the card online, where they can set spending limits and even be blocked. If they don't have a card they can't gamble, and the game is over before it's even begun.

Reports indicate that the mafia relies heavily on German online gambling sites to launder money. The police are powerless in the situation due to unclear laws, which the European Court of Justice is now set to review. (27.01.2013)

The metal-on-metal sound of a win at the slot machines is enough to put a smile on any punter's face, but they could be wiped away altogether if German lawmakers have their way. (03.05.2011)

After a long debate, ministers from Germany's states have agreed to break up the state monopoly on gambling services. As of 2012, the market will be opened to private companies offering betting on sports events. (06.04.2011)