Gambia's electoral commission has declared President Adama Barrow the winner of Saturday's election. But opposition candidates rejected this outcome and warned that "all actions are on table." 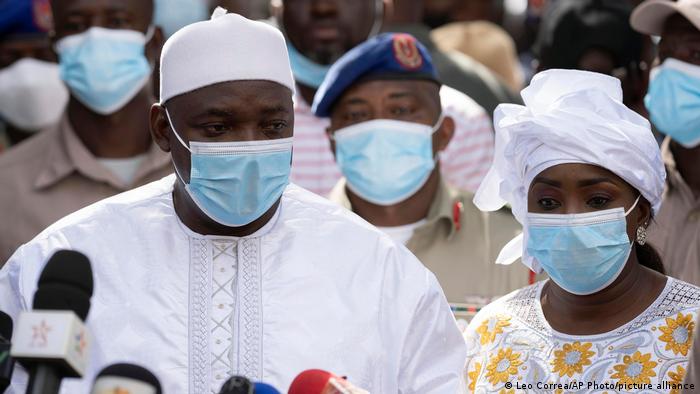 Gambian President Adama Barrow was declared the winner of the country's key election on Sunday by the African nation's electoral commission.

Barrow and his National People's Party (NNP) claimed nearly 40 out of 53 constituencies in Saturday's vote.

Election results have taken longer to come through as a consequence of the country's poverty, high turnout and marble-based election process, which sees voters choose their preferred politician by dropping a marble inside one of the boxes. The system was introduced in the 1960s to avoid spoiled ballots due to low literacy rates.

The preliminary results did not go down well with three of the candidates vying for the presidency.

"At this point in time we reject the results announced thus far by the IEC," said Barrow's main rival Ousainou Darboe of the United Democratic Party (UDP) along with two other candidates. They added that "all actions are on table."

UDP supporters claimed the vote was rigged although have yet to provide evidence to substantiate the allegation.

Opposition parties have the right to lodge a dispute before the country's Supreme Court within 10 days.

Why is this election important?

Barrow became Gambia's current president after ousting former dictator Yahya Jammeh, who had ruled for 22 years, in a 2016 election.

Jammeh reigned with an iron fist in the West African country before fleeing to Equatorial Guinea under pressure from a combined African military intervention. The Saturday vote was the first since Jammeh's ouster. 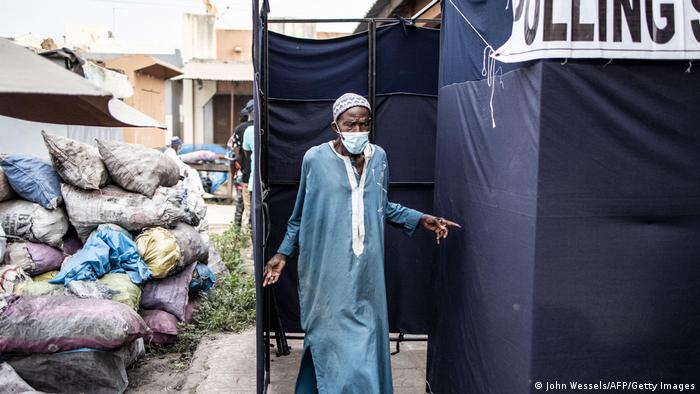 Nearly 1 million people out of a 2.5 million population are registered to vote in mainland Africa's smallest country, which is completely surrounded by Senegal.

Who were Barrow's main rival candidates?

Barrow, 56, made lavish promises during the campaign. He told his supporters he planned to introduce health insurance that would grant access to treatment without payments upfront.

Critics, however, say he has broken his promises, pointing to how he backtracked on a pledge to serve only three years after winning in 2016.

The 77 Percent - Street Debate: Is Gambia's Adama Barrow Getting Drunk on Power?

In contrast, Darboe told supporters on Thursday that he intended to work towards reconciling Gambians and dispensing justice to those who suffered under Jammeh's rule.

A truth commission set up by Barrow after becoming president revealed stories of state-sanctioned death squads during Jammeh's rule. But the final report has not yet been released to the public.

Poverty and youth unemployment are also key political issues in Gambia, where about half the population lives on less than $1.90 (€1.68) a day, the World Bank said.