Gabon’s Prime Minister Emmanuel Issoze-Ngondet has announced an interim government, only days after the country's top court ordered him to resign. The legal decision came after he failed to organize elections. 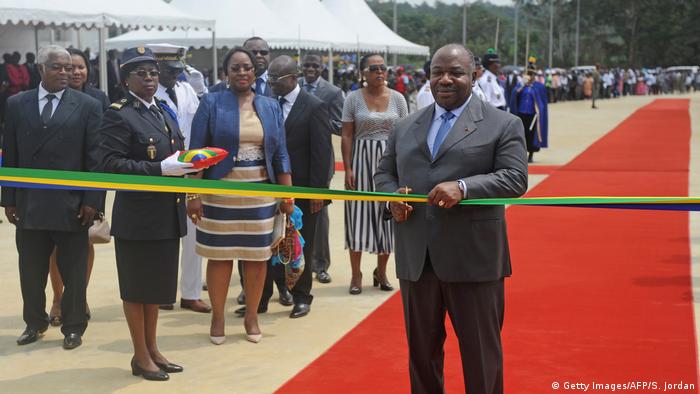 Ali Bongo took over power from his father Omar Bongo, who had ruled for more than four decades

Although Gabon's Constitutional Court ruled on Monday that Issoze-Ngondet was no longer the legitimate prime minister, he was sworn back in on Thursday by President Ali Bongo.

Issoze-Ngondet's populous new cabinet is composed of 11 ministers of state, 17 ministers and 12 deputy ministers. It includes seven opposition figures — three of whom are allies of Bongo's political rival Jean Ping.

The incoming government is to stay in place until elections, delayed since December 2016, take place. No date has yet been set for a poll. The court had ruled that elections — twice delayed since 2016 — should have been held by the end of April.

No parliament is currently in place and the government presently refers to the president after a constitutional change — approved by parliament — which the opposition has described as a power grab.

Bongo was officially re-elected and sworn in as president in 2016, but, because he won by just a few thousand votes, the result proved controversial. He came to power in 2009, after the death of his father Omar Bongo, who had ruled for 41 years.