Leaders of the eight largest economies have affirmed their commitment on Saturday to a "strong and cohesive" eurozone with Greece as a member. They also stressed the need to promote growth and fiscal discipline. 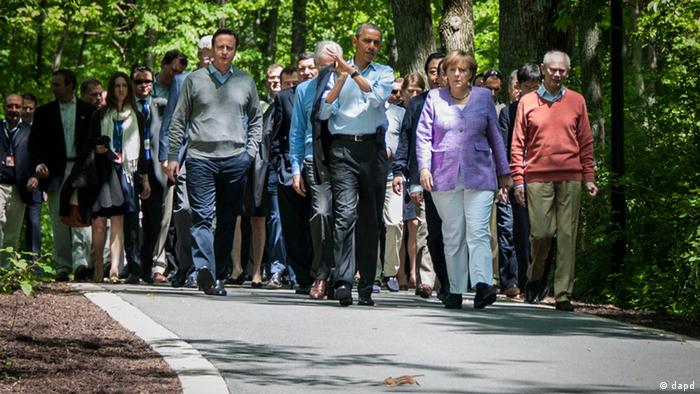 G8 leaders meeting at US President Barack Obama's weekend retreat of Camp David in Maryland said on Saturday that they want to see Greece remain in the eurozone as part of a "strong and cohesive" eurozone to ensure "global stability and recovery."

The leaders of the US, the UK, Germany, France, Canada, Russia, Japan and Italy also committed themselves to "take all necessary steps to strengthen and reinvigorate our economies and combat financial stresses, recognizing that the right measures are not the same for each of us," hinting at the ongoing debate about stimulating growth versus fiscal discipline.

Earlier on Saturday, British Prime Minister David Cameron had agreed with German Chancellor Angela Merkel that "growth and austerity aren't alternatives," suggesting that measures for economic stimulus as well as austerities had to come together. 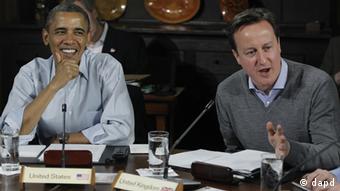 Merkel has long been the eurozone's staunchest advocate of fiscal discipline in the recipe for the eurozone crisis. The election of new French President Francois Hollande, who stresses the need to stimulate growth, reignited that debate, but Hollande and Merkel demonstrated unity at Camp David.

"The message is that consolidation and growth are two sides of one and the same coin," German Chancellor Angela Merkel told reporters. "We were in complete agreement that we need both," she added.

Hollande agreed, saying that "we have to pursue these two objectives at the same time."

Italian Prime Minister Mario Monti also agreed but stressed that "we should not just wait for structural reforms and the reduction of deficits to generate growth." Monti, Hollande and Merkel are set to meet in June for a mini summit on the eurozone crisis, the leaders said at the G8 meeting.

Leaders also discussed the global supply of oil, which has become fragile, also because of tensions with Iran.

"Looking ahead to the likelihood of further disruptions in oil sales and the expected increased demand over the coming months, we are monitoring the situation closely and stand ready to call upon the International Energy Agency to take appropriate action to ensure that the market is fully and timely supplied," the G8 statement read, in an unusually straightforward manner. 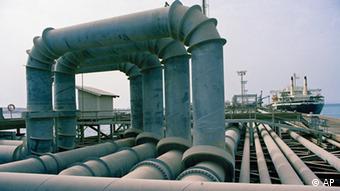 High oil prices put a damper on the global recovery

On Syria, Obama said that leaders agreed that the political process in Syria should move forward "in a more timely fashion."

"We had a discussion about Syria, we all believe that a peaceful resolution and a political transition in Syria is preferable," he said.