Finance ministers from seven major industrial powers have warned that a British exit from the EU would increase instability and damage economic growth. The vote is just over a month away. 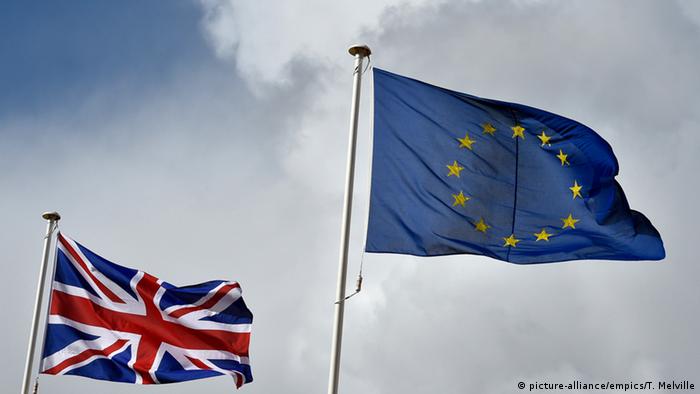 G-7 finance ministers meeting in Japan on Saturday warned that a British exit from the European Union would add to economic uncertainty and have untold consequences for Europe and the global economy.

The IMF has warned that - in a worst case scenario - a "Brexit" vote could be catastrophic. Any economic contraction beyond 1 percent would offset any gains from savings on EU contributions, it says. (13.05.2016)

Almost 50 percent of voters in eight big EU countries are in favor of voting on their membership, a survey has found. The results come just weeks before the UK heads to the polls for their EU referendum. (09.05.2016)

"Uncertainties to the global outlook have increased, while geopolitical conflicts, terrorism, refugee flows, and the shock of a potential UK exit from the European Union also complicate the global economic environment," G-7 ministers said in a statement.

German Finance Minister Wolfgang Schäuble said the G-7 members concluded that a so-called "Brexit" would be the "wrong decision," but acknowledged that Britain's future within the 28-member bloc was ultimately up to voters.

"We're concerned that it could have negative consequences for the European and the world economy," Schäuble said on Saturday.

Britain's referendum on whether to stay in the EU is nearly a month away, with polls indicating that 55 percent of voters support remaining in the bloc and 45 percent want to leave.

British Prime Minister David Cameron has sought to rally support for an "in" vote in the face of strong Euroskepticism in some quarters of the British public.

Economic arguments against an exit appear to be gradually chipping away at the "out" vote despite widespread displeasure with the EU.

"A Brexit would have heavy consequences," French Finance Minister Michel Sapin told Reuters on Saturday after the G-7 meeting. "It would be bad for Britain and bad for Europe, because investors would have doubts and this would affect capital flows."

British Finance Minister George Osborne told the BBC it would be "extremely difficult" to renegotiate trade deals with EU members states and other countries if the UK left the bloc.

"If Britain left the EU, and wanted access to the single market... then we would need to pay into the EU budget and we'd have to accept free movement of people, but we'd have no say over those policies at all," he said.

"We would have a two-year period to negotiate our exit with 27 other countries, we'd then have to negotiate new arrangements...and at the same time conclude over 50 trade deals with countries that aren't even in Europe."

He added the uncertainty around a Brexit would impact investment and job creation.

"It hits people's incomes. It hits the value of houses. It hits businesses and jobs. People are beginning to understand that," he warned.

On Friday he told British voters the shocking news that a Treasury analysis estimated that property prices could be 10 and 18 percent less by 2018 if Britain leaves compared to if it stays.