Two Chinese dissidents caused a diplomatic incident at a symposium Saturday ahead of the Frankfurt Book Fair. Their appearance at the event was enough for the official Chinese delegation to walk out. 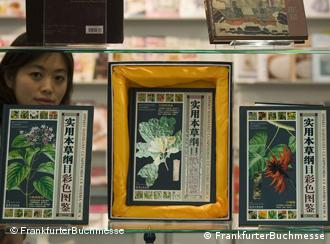 The two writers travelled to Frankfurt though their invitations to the symposium had been revoked after criticism from Beijing. When Bei Ling and Dai Qing on Saturday addressed the symposium, the official Chinese delegation left the room in protest.

The delegation returned only after an apology from Juergen Boos, organizer of the book fair. Mei Zhaorong, former Chinese ambassador to Germany, said the German hosts had changed the program of the symposium without informing the delegation from Beijing.

"We did not come here for a lesson in democracy," Mei said. "Those times are over."

The two dissident authors in turn expressed their disappointment at the Chinese reaction, saying that such behavior would undermine any constructive discussion.

The symposium, entitled "China and the world - perception and reality," was initially intended to clear up prejudices about the guest country - China - ahead of the 2009 Frankfurt Book Fair, which begins in mid-October.

The event had been intended as a promotional preamble but soon became a PR nightmare when China made it clear that if the organizers persisted in including dissident writers, it would pull out of the symposium altogether.

The fair's organizers bowed to Chinese pressure and Bei Ling, Dai Qing and several other dissident authors found that their invitations had been revoked. 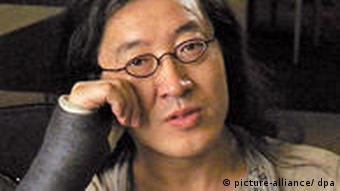 Bei Ling is planning to attend the Book Fair in October

Dai Qing, considered to be one of China's leading investigative journalists and environmental activists, managed to get a German visa as the guest of the German branch of the PEN club of independent writers.

When Dai got to the airport, however, she found that her plane ticket had been mysteriously cancelled, despite the fact that she'd twice phoned the travel company to confirm.

"They tried so hard to keep me from Frankfurt," Dai said ahead of the symposium. "When you hold an international symposium in Frankfurt, it should be about giving Chinese authors a voice when the central theme is Chinese literature," she added.

"The authorities must give some clear arguments as to why I shouldn't be allowed to express my thoughts."

The organizers of the world's largest book fair have come under heavy criticism from writers and politicians alike. However, the director of the Frankfurt Book Fair defended the decision to revoke symposium invitations as a necessary compromise. 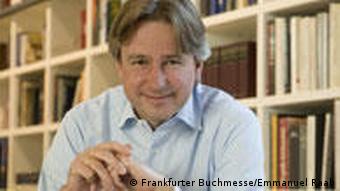 China might have its way at the symposium, Fair director Juergen Boos argued, but the annual book fair would be a different matter. "Content at the Frankfurt Book Fair cannot be supervised," he said.

This assurance is, however, unlikely to satisfy the author Bei Ling, who feels that the affair has seriously damaged the event's credibility.

Bei was arrested in China in 2000 for "illegal publications" but was released shortly afterward following US intervention. He had been planning to speak about censorship and self-censorship at the symposium.

"I feel it is a shame if the Frankfurt Book Fair cannot say 'no' or they cannot control this," Bei told the dpa news agency. "They decided this year for China to be the guest country, so they have to face all these complicated situations. But some rules they cannot turn back, like freedom of expression."

Beyond beer and bratwurst: Germany markets itself in China

Beer and cars are the first things that come to mind when people in China think of Germany. But a new national image campaign is out to change that. (22.06.2009)

A panel of writers and journalists decided on the semi-finalists for the 2009 German Book Prize, which is awarded to the best German-language novel. The winner will be announced at the Frankfurt Book Fair in October. (20.08.2009)

The International Olympic Committee praised China's newfound openness when it hosted the 2008 Olympics. With the Games over, many wonder if these new freedoms will be extinguished along with the Olympic flame. (25.08.2008)