Frustrated protesters take to Tunisian streets | World | Breaking news and perspectives from around the globe | DW | 02.12.2012

Angry demonstrators have protested against local officials in the Tunisian city of Siliana. A police crackdown left to more than 250 people injured and revived the chants that ousted former dictator Ben Ali. 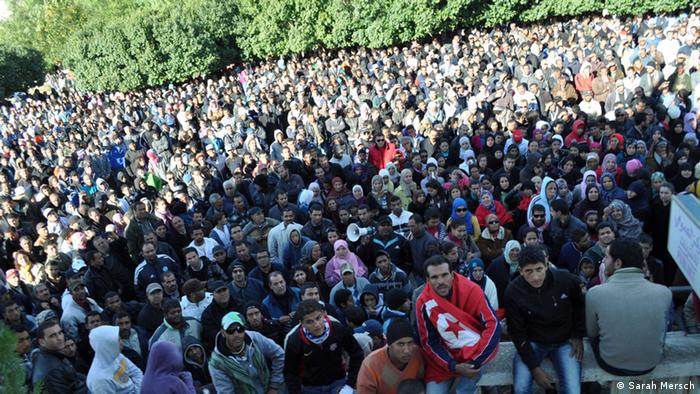 Thousands of demonstrators took to the streets in the northern Tunisian city Siliana this week to protest economic problems. The reasons for the protest are similar to those that ousted dictator Zine El Abidine Ben Ali two years ago: poverty, unemployment and anger at regional officials were behind this week's sometimes violent protests in Siliana.

"They're pocketing all the money for themselves," protesters said.

The UGTT trade union has called for the resignation of the governor put in place by the Islamist Ennahda party, which won Tunisia's first post-Arab Spring election last year. On Saturday, media reports said Tunisian Prime Minister Hamadi Jebali appeared ready to remove the governor from his post. 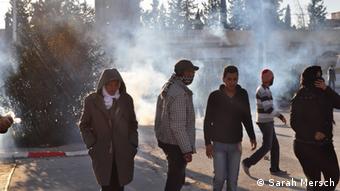 Protests are being led by a trade union

"He says that more than 60 percent of the planned local development projects have been finished, but other than two fences around his house and a school nothing here has been built. Do you call that development?" said Ahmed Chaffai, the UGTT's deputy regional director.

There are about 6,000 unemployed people in Siliana, about 130 kilometers (81 miles) southwest of the capital, Tunis, and more than 4,000 of them have university degrees. Investments in the region in the first 10 months of 2012 have fallen by nearly 45 percent compared to a year ago while the number of jobs has dropped by two thirds.

"The only thing that changed for us after the revolution is freedom of expression," one demonstrator said. He finished university in 2010 and has yet to find employment and said his older sister has also searched in vain for a job for the last eight years. 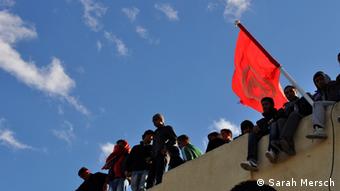 Residents' frustration is growing and clashes with police during what were initially peaceful demonstrations have stoked anger. The police fired birdshots at protesters and more than 250 people were injured during a recent protest, according to official figures and at least two people were blinded when pellets damaged their eyes. On Saturday, security forces fired tear gas at protesters as well as live rounds into the air to disperse the demonstrators.

Special police forces forcibly entered an operating room at a local hospital to arrest demonstrators, one hospital employee said. "We have treated injured police in the same way as the demonstrators," he said. "They do not seem to realize the difference between the street and a hospital."

In Tunis, hundreds of people protested in front of the Interior Ministry, demanding the resignation of the minister, and called on authorities to stop the violence in Siliana.

In addition to calling for the governor to be removed, residents of Siliana have also called on the prime minister to resign and said he was responsible for the escalation of violence in their city. For his part, Jebali has called for an inquiry into the violence, but said the time for politicians to be thrown out of office a la Ben Ali has come to an end.

Two years after removing Ben Ali in the beginning of what would be called the Arab Spring, social tension continues to grow in Tunisia placing the government under increasing pressure. The constitution, which should have already been drafted, is not moving forward and the economy is suffering because of the instable political situation. Lives for many people in the country's interior, from which the 2010 revolution began, have worsened over the last two years.

A potential deal could calm the situation in Siliana. The compromise calls for Jebali to sideline the city's mayor, handing day-to-day duties to the deputy governor, and for steps to be taken to promote development in the city.

Representatives from the UGTT trade union called the compromise a positive step and added that they wanted to see concrete action. Protesters had said earlier that they would continue demonstrations until the governor steps down, police violence ends and a development program for the region is in place.

Revolution aftermath in Tunisia and Egypt