From Swaziland to eSwatini: What's in a name change?

On Thursday, the former Swaziland marks 50 years of independence. To celebrate, King Mswati III renamed the country eSwatini. The move is part of an attempt to break with the colonial past, but not everyone is happy. 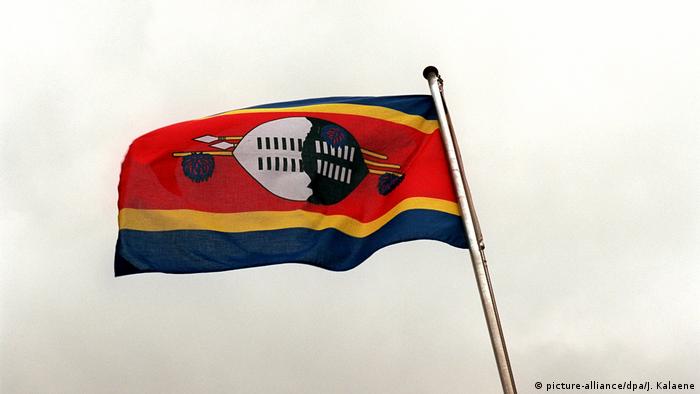 So is it Swaziland or eSwatini? Lucky Lukhele just has to laugh. "To be honest, people here have always used the term 'eSwatini'," he told DW. But opposition activists were furious at how Swaziland — at least up until now — came to be known by its new old name.

"Only dictators just wake up and announce a change of a country's name," says Lukhele. "That's something that requires a consultative process, where you involve the citizens at all levels, to the point where you need a referendum."

But it wasn't that easy. For years, there had been discussion over a possible return to the old name. Nevertheless, King Mswati III surprised his subjects in April when he announced that the country would be officially renamed "the Kingdom of eSwatini." The monarch was celebrating his 50th birthday at the time, as well as the 50th anniversary of independence — although the official date is on September 6.

"Swaziland will return to its original name," he told a packed stadium in the capital Mbabane. The name "Swaziland" is an amalgamation of the English language and the national language, Swazi. By renaming the country, the king hopes to eliminate a relic of the colonial era. 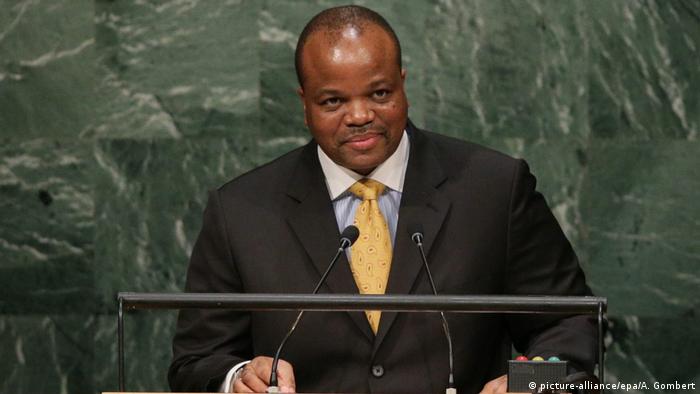 It's not the first time an African country has changed its name — either to rid itself of its colonial legacies or because its respective rulers wanted to usher in a new era. After Rhodesia gained independence in 1980, it became known as Zimbabwe. Four years later, the Republic of Upper Volta was renamed Burkina Faso. Many people in eSwatini believe the return to the old name is a good thing, in some respects.

A big change amid a collapsing economy

But the head of state sees it differently. "The king has only reintroduced the official state name, he did not need to consult with anyone," he said through a government spokesman.

Critics are not surprised by his actions. Mswati III is Africa's last absolute monarch. Human rights organizations have criticized his rule for years. Opposition parties are banned, his detractors disappear behind bars and press freedom is limited.

The poor kingdom also faces a number of major economic and health issues. Two-thirds of its 1.4 million people live in poverty and the life expectancy is just 56 — one of the lowest in the world.

"It is an open secret that [we are] almost collapsing economically," says Lukhele. "Some hospitals ran out of medication — that includes essential medicines for chronic diseases such as diabetes, IRVs for HIV, for [tuberculosis]…In some hospitals, if you go there and you get a painkiller, consider yourself lucky. Now the teachers and nurses are demonstrating because they cannot get a salary increase." Two-thirds of the country's population live below the poverty line

The change of name comes at a price. Government agencies must be renamed, letterheads and signs replaced, identity cards and passports exchanged. Exactly how much it will all end up costing isn't known — a request to speak to the government spokesman's office remains unanswered.

"Even companies will have to change their name if 'Swaziland' appears in it," says Gina. But the government is trying to dispel these fears. "The name change will not be implemented overnight," Interior Minister Tsandzile Dlamini told South Africa's public broadcaster, SABC. "[When it comes to] letterheads of the government, to passports to everything else, [we] would have to take time so that we finish the stock that we have."

At the United Nations, the country is already acknowledged by its new name, and is also now known as eSwatini by Germany's Federal Foreign Office. The official home page of the government of eSwatini has been updated — although many other national agencies are lagging behind. The national airline, for example, is still officially known as "Swaziland Airlink," and the customs authority also continues to operate under its old name.

Meanwhile, the country's Supreme Court is preparing to deal with an objection to the name change. Prominent human rights lawyer Thalane Maseko submitted it in early July. Although a ruling in his favor is not expected, opposition activist Lukhele is proud of Maseko's actions.

"What he did was very brave," he told DW. "History will judge him and has the capacity to thank him. We are not expecting much, because we know that the king controls the judiciary, but history is noting what he is doing."