From Nazi guilt to soccer rivalry, how Dutch-German ties have become 'boringly normal'

Following its occupation of the Netherlands in World War II, Germany struggled to normalize its relationship with its neighbor. Then Queen Beatrix married a German and football came into play. 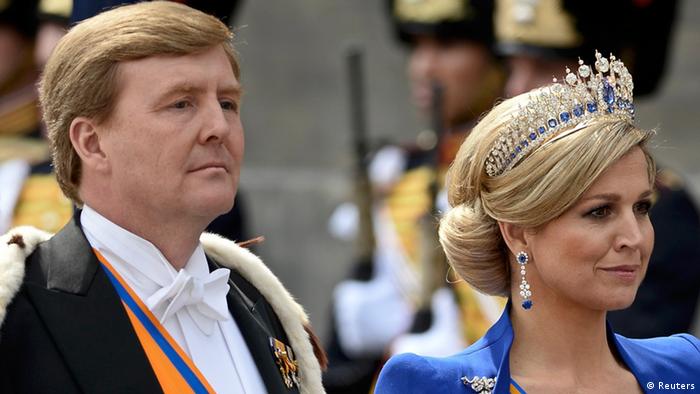 Germany and the Netherlands resumed diplomatic relations 65 years ago. DW spoke with Friso Wielenga about how the two countries dealt with the scars of the Holocaust, a royal wedding and jealously on the soccer pitch to solidify their current friendship.

DW: The Netherlands and Germany have worked together, side by side, in Europe for the past 65 years. Like you, many Dutch speak perfect German. At the same time, people like to say that German-Dutch relations are difficult. Why is that?

Friso Wielenga: When people say that nowadays, it's an echo of the past. There were, in fact, difficult phases in the post-war era; normalizing ties was a long process. But a look at the history of German-Dutch relations since the state of war officially ended in 1951 shows that over the last 20 years, the relationship has been largely unproblematic.

The Netherlands were occupied by the German Wehrmacht from May 1940 to April 1945. How significant is that in the Dutch people's collective memory?

The German invasion in May 1940 came as a huge shock to the Netherlands, which had a long-standing tradition of neutrality in foreign policies. The country hadn't participated in a war since the days of Napoleon. People had hoped to stay out of it, like in World War I. Add to that the shock that the country was forced to capitulate after four to five days. After 1945, people saw the world in terms of the good guys and the bad guys. The Dutch were the good guys and the Germans were the bad guys. We Dutch, the myth goes, were all part of the resistance to the Nazis. 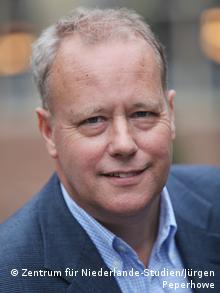 Which, of course, isn't true. Tens of thousands of Dutch volunteered with the Waffen-SS, the armed wing of the Nazi party, during the occupation.

That's right. Once when I was in elementary school in the 1960s, the teacher asked whose parents had been in the resistance? All 35 of us students raised our hands. Apparently, they had put all of the resistance kids into one classroom! The Dutch resistance movement wasn't really that big. Three out of four Dutch Jews were killed. And, from the Nazis' point of view, that only "succeeded" because the police and the population largely went along with things.

Just like in the famous case of Anne Frank, who had been in hiding in Amsterdam for years before her location was revealed.

One could of course cynically say - even though we don't know for certain who it was who betrayed her - well, wasn't it a German Jew who was tattled on by the Dutch? But that time has come and gone. It wasn't until the mid-1990s that it was acceptable to consider that we weren't exactly the heroic people that our collective consciousness would like us to be. That epiphany came as a result of the role that Dutch UN troops played in the massacre at Srebrenica. Our image of ourselves was put into question. And that led to relaxation when it comes to the idea that there are always those who are evil perpetrators. 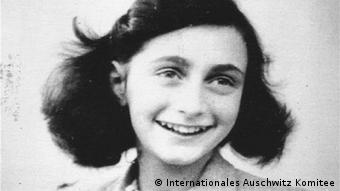 Afterwards, both Germany and the Netherlands were involved in the founding of the EU. That was a quick reconnection after the war.

It was quite clear to the Dutch that without the reconstruction of Germany, there would be no development in the Netherlands. By 1950, the economic relationships had already normalized for the most part. The Dutch were some of the first to endorse Germany arming itself again. During the Cold War, one wanted to have the defense lines as far in the East as possible, which implies that during that era Germany was a necessary partner for ensuring security. The understanding was that we needed Germany, and we need normalization. In hindsight, that feeling was inappropriate.

That was actually our tradition: Dutch kings married German women and Dutch queens married German men. But at the time, the reception was not very positive. It brought up old war memories. It felt unconscionable that on May 4, which in the Netherlands is a day to remember the Dutch killed during the Second World War, we would see a German standing beside the Crown Princess. But as he spoke and very clearly explained himself regarding Germany's past, he was transformed quickly from a hated German to a beloved Dutchman. 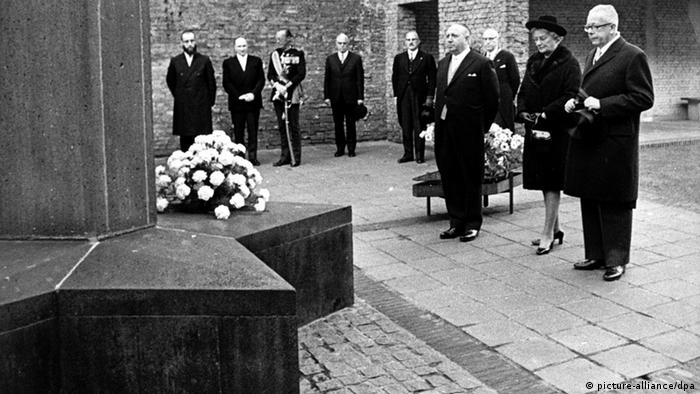 "Like Willy Brandt in Warsaw": Gustav Heinemann at the Hollandse Schouwburg war memorial in 1969

What were the steps taken politically and diplomatically that led to the relaxation we see today?

Definitely the visit by former German President Gustav Heinemann in 1969. It was a moral gesture that Heinemann brought with him: The highest representative of the German republic apologized. He laid a wreath in the "Hollandse Schouwburg" memorial (Ed. note: a former theater that was used during the days of occupation as a point of deportation for the Amsterdam Jews.) What Willy Brandt accomplished by falling to his knees in Warsaw in 1970 is what Heinemann did in the Netherlands in 1969. With these gestures by Brandt and Heinemann, one could get the impression that in Germany, a fundamental change had taken place.

So everything was okay?

The coming together didn't exactly take place in a straight line. There were highs and lows. At the beginning of the 1990s, for example, it became difficult again, as the Netherlands felt insecure about their position following the reunification of Germany. Helmut Kohl blocked the Dutch Prime Minister Ruud Lubbers from taking the position of EU Council President; in doing so, he recalled Lubbers' critical stance towards the reunification.

At the same time, a German company purchased a Dutch airplane factory. Fokker was to the Netherlands what VW is to Germany. People got scared: Would a unified Germany be too big, too powerful? 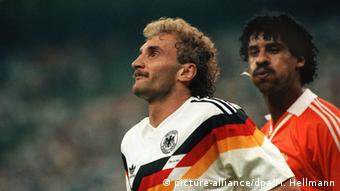 An even playing field: Football has had its ups and downs, with the national rivalry coming to a head in 1990 when Frank Rijkaard and Rudi Völler came to odds after spitting. Six years on, the two players reconciled.

Then a large project, in which postcards from the Netherlands with the words, "I am furious," were sent to Helmut Kohl in the chancellor's office as a reaction to the attacks on foreigners in Solingen, it became clear that something needed to be done. And at the highest levels of power, steps were taken. For example, the Duitsland Institut (Germany Institute) was founded in Amsterdam, among many other things.

There's still one place where the German-Dutch rivalry brings out old resentments: the soccer pitch. Is it still the case, as the Dutch national coach said in 1974 at the World Cup in Germany, that "football is a war"?

Back in 1974, the attitude was that Germany stole the win that we actually deserved to have. That was then made right again in 1988 after the Euro Cup. At the time, when the Netherlands beat Germany in the semi-finals, I was in Amsterdam. Out on the streets it looked as though the Netherlands had won the war all by themselves: a second end to the occupation!

Then in 1990, there was the spitting affair between Rijkaard and Völler but by then, relations had normalized. When the World Cup took place in Germany again in 2006, many Dutch said, "now we're for Germany" after the Netherlands were no longer in the running. I believe that today it's been reduced simply to the level of a derby played between two neighboring lands.

However, there are still tensions that will exist between a small country and a large one. The small country always looks at the larger one with the feeling that we aren't an appendage. We're not the 17th German state. The relationship has become boringly normal, and that's good. It's a relief from the weight of the past.

Friso Wielenga is director of the Center for Dutch Studies at the University of Münster in central-western Germany. In 2000, he published a book on Dutch-German ties called "Vom Feind zum Partner. Die Niederlande und Deutschland seit 1945" (From enemy to partner. The Netherlands and Germany since 1945).

Click through the gallery below for a look at 13 Dutch celebrities who have found fame in Germany:

Dutch celebrities who've made it big in Germany

Though the accent rings strange in German ears, the Dutch are well-loved in Germany for their open-mindedness. That love has helped a number of Dutch performers be richly rewarded with celebrity status in Germany. (07.04.2016)

Europe's premier art fair, TEFAF, has opened in Maastricht, expecting 75,000 visitors over the next week. Changing times in the art buying world mean spinoff fairs in New York are being added to the annual offer. (11.03.2016)

A book of Grimm's fairytales that was signed by Anne Frank is going under the hammer in New York. It is the first major auction tied to the iconic Holocaust victim in over 25 years. (17.03.2016)