From football superstars to engaged politicians

Some African players have become very politically influential to the point of winning presidential elections — such as Liberian President George Weah. Could footballers succeed where politicians have failed? 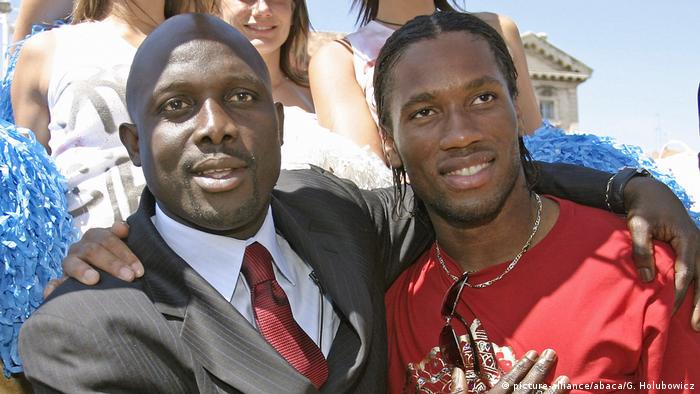 Throughout the years, the African continent has produced world-famous football players, such as Roger Milla from Cameroon, Kalusha Bwalya from Zambia and George Weah from Liberia — just to name just a few. Some of these players have become icons for younger generations and their political engagement has been hailed by many — but criticized by others.

A few days ago, footballer Samuel Eto'o Fils met with the Cameroonian Minister of Secondary Education, Pauline Nalova Lyonga Egbe. The minister asked the former Indomitable Lions captain to participate in the Back to School campaign which the government started in the conflict-ridden Anglophone regions. So, Eto'o will visit the North West and South West regions to encourage parents to send their children to school at the start of the next academic year. The government wants to use the footballer's popularity to help bring stability and peace to the Anglophone regions which have been paralysed for close to two years. Eto'o also presented a sports and studies project to the minister which he intends to put in place with the cooperation of the government to help young Cameroonians achieve their dreams.

It's not the first time an African government has used a football player for this kind of purpose. The football player Didier Drogba played a role in ending the civil war in Ivory Coast. During the war, the country was divided into two regions: the government-loyal South and the rebel-held North. In October 2005, after leading Ivory Coast to the 2006 World Cup finals with a 3-1 defeat of Sudan in Abidjan, captain Drogba — live on television — picked up a microphone and fell to his knees in the dressing room surrounded by his teammates, begging both warring factions to lay down their arms. Within a week, his bold wish was granted. Afterwards, the former Chelsea player toured the country to help restore peace, order and unity. Following the tour, he proposed that the 2008 African Nations Cup qualifier match against Madagascar should be played in Bouake, the capital of the rebellion. 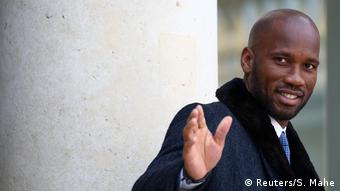 Such actions undertaken by these players are often influenced by their patriotism and fame. "Whether they like it or not they have no choice because when you have such popularity and reputation and many things are not going well in your own country, most people will look at you and ask what you can do to help the situation," sports journalist and Confederation of African Football (CAF) media expert, Mamadou Gaye, told DW. "When your country is in crisis and you are a figure with a high reputation, with great popularity, obviously people expect you to get involved and to do something," he added.

But football players are sometimes used by politicians as a way to polish their image and score points with the population. They are used for a period of time and when they are no longer needed, they are pushed aside. This is one of the main issues facing football players who get involved in politics. For instance, after his retirement in 2006, the former Liverpool and West Ham player from Guinea, Titi Camara, was made Minister of Sport by President Alpha Conde in 2010. But he was replaced in 2012.

"Politicians are very smart and clever, of course they would like to use the player, so if as a popular figure you do not stand your ground, the politicians will use anybody they can for their own interest," says Gaye.

However, many African players genuinely have the desire to help their countries in one way or another. Usually, it is through humanitarian or philanthropic work which footballers like Emmmanuel Adebayor and Michael Essien have focused on. But others desire to be more involved in politics. Perhaps the best example of an African player with political ambitions is George Weah who, after being involved into the affairs of his country Liberia for years, was voted President of Liberia in 2017. 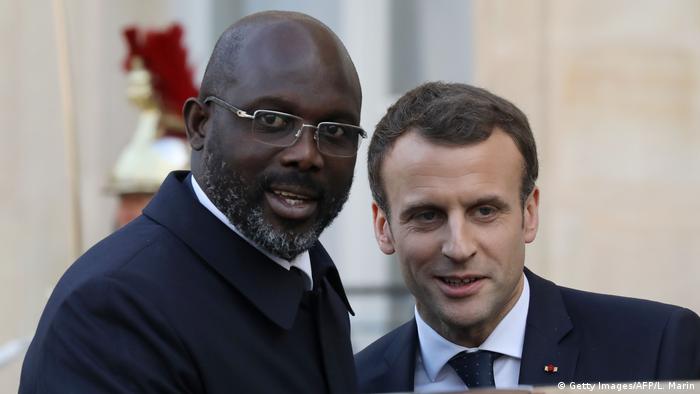 The transformation of George Weah

After he retired from football, George Weah became a politician. The former AC Milan player started leading the Congress for Democratic Change, which was formed in 2004, the year after the end of the second Liberian civil war. In 2005, the Ballon d'Or winner ran for the presidency. However, despite his popularity in his home country and internationally, he lost the election against Harvard-educated Ellen Johnson Sirleaf, whose followers had criticized Weah's lack of education and experience. But Weah did not give up. He completed high school and enrolled at DeVry University in the United States, where he graduated with both a Bachelor's and Master's degree.

Weah returned to the political scene after graduating, and in 2014 he beat out Sirleaf's son Robert Sirleaf at the Senate election as a candidate for the Congress for Democratic Change. In 2017 he won the presidential elections and during his swearing in January 2018, he promised to fight corruption, combat illiteracy and reform the economy.

"I am sure many other players will follow in George Weah's footsteps, especially if he succeeds as the President of Liberia," Gaye told DW. "I am sure many of them are thinking of it because they have the popularity."

Weah has become an example for both former and new African football players. But one of the main issues facing these players is lack of education — not all of them have university degrees but their talents ultimately help them succeed. Despite their profession, many African footballers are willing to bring change to their respective countries — even if it means entering into politics.