From Anna Netrebko to a dark theater: What to expect at the Salzburg Festival

The Salzburg Festival is star-studded yet again - but this year, it could easily become a one-man show. These are the highlights for 2016. 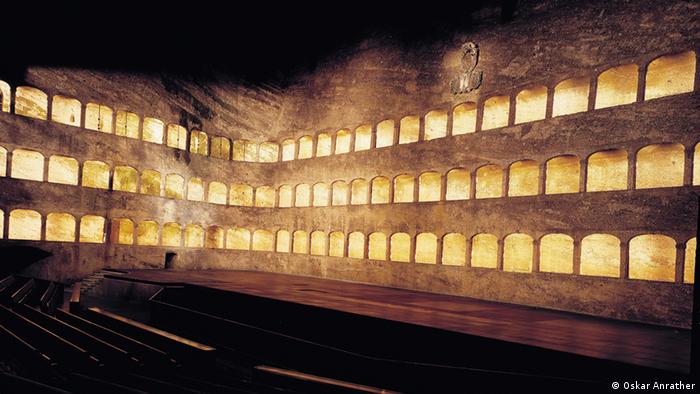 The renowned Salzburg Festival, which begins on July 22, should be renamed "Sven-Eric Bechtolf-Festival" this year, some people joke.

Bechtolf has directed in Salzburg before, from 2012 to 2014 - but this year, he's got the three Da Ponte Mozart operas: "Le Nozze di Figaro," "Don Giovanni" and "Così fan tutte."

One director, three conductors: Dan Ettinger and the Vienna Philharmonic present "Le Nozze di Figaro," Alain Altinoglu conducts the orchestra in "Don Giovanni," and Ottavio Dantone conducts the Mozarteum Orchestra Salzburg in "Così fan tutte." To top it all off, Sven-Eric Bechtolf has a role in Thomas Bernhard's "Der Ignorant und der Wahnsinnige" (The Ignoramus and the Madman).

The theatrical work plays a curious role in the festival's history: After it premiered in 1972, it was never staged there again, due to what is referred to as the "emergency lighting scandal." Thomas Bernhard had insisted that the theater be pitch dark toward the end of the play. That meant no lights anywhere, not even emergency lighting. That didn't go down well with the authorities. Angered, the playwright decreed that "Der Ignorant und der Wahnsinnige" was not to be shown again that season. This year's lighting situation remains a secret. 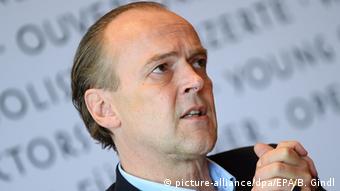 Sven-Eric Bechtolf has headed the drama section in Salzburg since 2011 and held the position of interim artistic director since 2015. His former boss and predecessor Alexander Pereira left the prestigious festival before his contract was up after making quite a few changes in the program. The festival's board of trustees and the mayor of Salzburg withdrew their support, criticizing Pereira for putting on "too much, too expensively." 2016 is Bechtolf's second and last year as interim artistic director before pianist and culture manager Markus Hinterhäuser picks up the reins.

When it's festival time in Salzburg, the entire town is involved. Just as founder Max Reinhardt envisioned it, all of Salzburg becomes a stage, from the Summer Riding School and the Large Festival Hall to the square in front of the cathedral, which serves as a backdrop for the annual production of Hugo von Hofmannsthal's "Everyman." 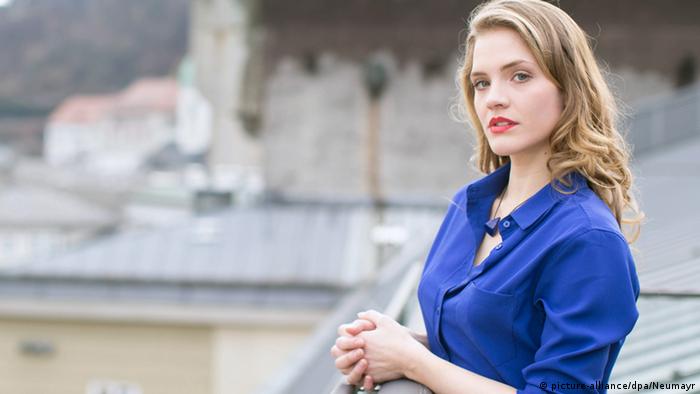 The media are particularly keen on finding out who is to play the female supporting role in "Everyman," the Paramour. The actress may not have much to say, but it's a coveted role and the list of celebrities is long, including Christiane Hörbiger, Senta Berger, Sunnyi Melles and Veronica Ferres. This year, it's Austrian actress Miriam Fussenegger.

Anna Netrebko a regular in Salzburg

Opera star Anna Netrebko has become another fixture at the Salzburg Festival. She and her husband, the tenor Yusif Eyvazov, will be on stage together in Puccini's "Manon Lescaut." All three performances are sold out. The other opera productions are just as star-studded: Piotr Beczala in the title role in Gounod's "Faust," Anna Prohaska as Susanna in Mozart's "Figaro" and star tenor Juan Diego Flores in a rarely played opera, Otto Nicolai's "Il Templario."

Nicolai founded the Vienna Philharmonic in 1842. The performance of "Il Templario" is part of the orchestra's "The Vienna Philharmonic and its composers" series, as is Richard Strauss' "Die Liebe der Danae" (The Love of Danae), which the composer called a "cheerful mythology in three acts" and planned to premiere in 1944. But after the attempted assassination of Adolf Hitler on July 20 of that year, the Salzburg Festival was canceled, and the opera was confined to a public dress rehearsal. 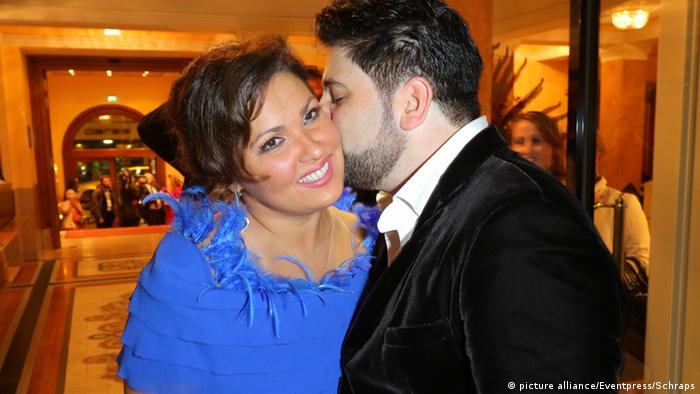 Thomas Ades' opera "The Exterminating Angel" premieres on July 28, to be conducted by the composer himself.

The opera is based on Luis Bunuel's 1962 film by the same name, "El ángel exterminador." It's about a group of people gathered in the salon of a luxurious mansion for an exclusive dinner. It turns out no one can leave the room, even though the door is wide open. Ades was intrigued by the plot because, he says, "it seems the people are in a room, but in reality, it's not about this room - in reality, they are trapped in their own heads."

The festival also presents newer music in the "Salzburg contemporary" section, and honors the composers Friedrich Cerha and Gyorgy Kurtag - both celebrate their 90th birthdays this year.

The Schleswig-Holstein Music Festival marks its 30th anniversary in 2016, staging 178 concerts from July 2 through August 28. Points of focus include the composer Joseph Haydn and the pianist András Schiff. (01.07.2016)

Yannick Nézet-Séguin and the future of the Met

New York's Metropolitan Opera is expecting an upswing in its fortunes when its new music director, Yannick Nézet-Séguin, begins work next season. The young conductor is known for exceeding expectations. (03.06.2016)

The Czech Museum of Music has revealed a piece written by composers Mozart and Salieri, believed to have been archrivals. A musicologist said the rare cantata "shows a quite friendly outcome" between the two men. (17.02.2016)