Friedrich Schiller's works have withstood the trials of revolution

German poet Friedrich Schiller is no longer a best-selling author, but his works are still classics for some. Born 250 years ago, his legacy has been used in the name of everything from revolution to National Socialism. 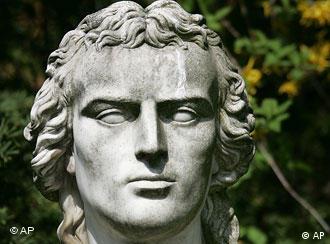 A bust of Schiller in Jena, where he taught at the university

Friedrich Schiller, Germany's most famous classic dramatist, has disappeared from most school curricula, but his name is still present in nearly every town in Germany. Countless schools, streets and plazas have been named after the literary giant, who was born on November 10, 1759.

Still, that tribute does not compare to the one marking the 100th anniversary celebration of his birth. In 1859, pastors, teachers and educated people organized the celebrations, but even laborers and unions took part in festivities to show their adoration of the writer.

"One has to say that it is the biggest mass festival that took place in Germany during the 19th century", said historian Otto Dann. 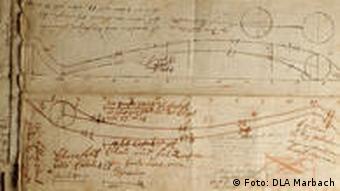 Schiller as a symbol

Certainly, it was a frenzy with political intentions, Dann stressed. The failed revolution of 1848 had occurred only a decade before. The aristocrats of the German states may have still been in power, but the idea of a German national state had not been forgotten. And dramatist Friedrich Schiller, who had been born a century before, was still seen by many as a role model for resistance against the ruling absolutism.

He was a symbol for people who strived for national unification. "He was a man who always tried to address current events, the events that shaped his time," said Dann. "He had a strong sensibility for his society, politics and aesthetic issues."

The emerging German labor movement had also discovered Schiller as a confederate for the working class. "The republican spirit of the first half of the 19th century can clearly been seen in this emancipatory movement," Dann said. 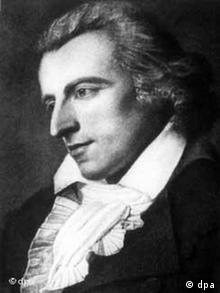 "The Ninth Symphony found its home in this labor movement," Dann also noted, referring to Beethoven's setting of Schiller's poem "Ode to Joy" to music. The poem praises freedom, unity and the brotherhood of all mankind.

Friedrich Schiller was already a myth - a legend - in his lifetime. His plays, shaped by his thoughts of freedom and republican pathos, had a great impact on people, and his lectures at the University of Jena - which he began giving in 1789 - were packed. His historical books were regarded as a scientific sensation. 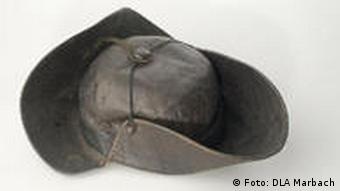 Schiller's hat - on display at the museum at his Marbach birthplace

People were also fascinated by his character and his life. When he became critically ill in 1793, his students visited him in throngs. Schiller's illness became a topic for public discussion as a result.

Not only Germans paid homage to Schiller, however. The poet was also widely known throughout Europe.

"Schiller wrote dramas about the leading European nations dealing with their national histories - 'Don Carlos' for Spain, 'Wilhelm Tell' for Switzerland, 'Maria Stuart' for England, and he died over 'Demetrius' for Russia," Dann said.

The French national assembly went so far as to name Schiller an honorary citizen of France, and an English historian was the first to write a biography about him. The Danish nobility supported the poet, who was constantly in debt during his lifetime.

By the end of the 19th century, the fascination for Schiller had all but disappeared. The philosopher Friedrich Nietzsche claimed that pathos was passé, and that Germans should simply let go of their passion for Schiller. 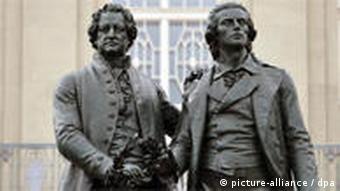 Still, into the 20th century, the National Socialists first reclaimed him and exploited Schiller's work for propaganda purposes, only to later drop him after recognizing his ultimately liberal spirit.

"In the end, they couldn't really relate to Schiller. Hitler later forbade actors from performing Schiller's works, especially 'Don Carlos,' so one has to be careful in when placing Schiller in this context of National Socialist propaganda," Dann warned.

Schiller in the East and West

After the war, when two German states were established, a cultural competition for Schiller's legacy also emerged - not surprising, since Schiller spent time in both East and West. 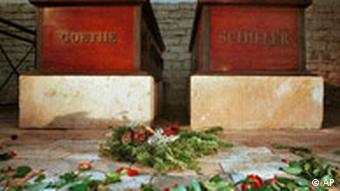 West Germany dealt with Schiller in a different way. Beginning in the 1970s, young directors made headlines by provocatively restaging his plays.

Over time, however, Schiller's works largely fell away from school curricula and were taken off reading lists as part of educational reforms.

Still, Schiller lives on - widely acclaimed new productions of his dramatic works throughout Europe prove that his legacy can withstand ever-changing times.

Friedrich Schiller would become one of Germany's most famous playwrights and poets, but his path was marked by adversity and adventure. DW presents an illustrated account of a decisive period in Schiller's life. (23.10.2009)

Bookworms are rare in the land of Goethe and Schiller

Germans are known around the world for being cultured, but not everyone in the country is necessarily a reader. A quarter of the population never picks up a book. (15.10.2009)