French troops fail to stop the violence in CAR

France launched Operation Sangaris one month ago in a bid to stop the catastrophe unfolding in the Central African Republic. But the violence has only escalated, and the number of displaced has risen to one million. 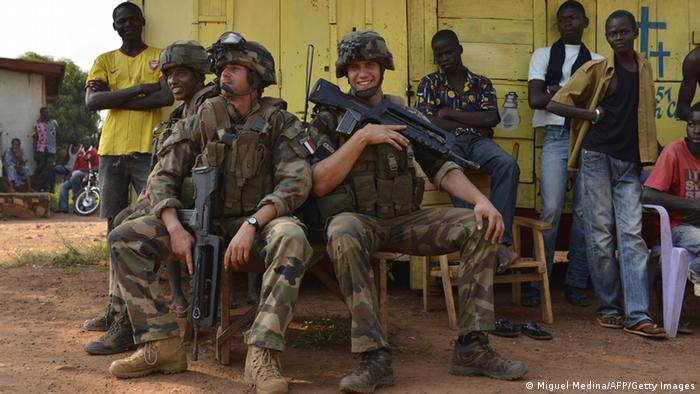 The French military mission in the Central African Republic has largely failed, local and international observers say. "According to the United Nations, the number of displaced people in the country has risen dramatically since the intervention began," said Ulrich Delius, an Africa expert at the Society for Threatened Peoples, a human rights organization based in Germany. "That shows that the intervention is not working." 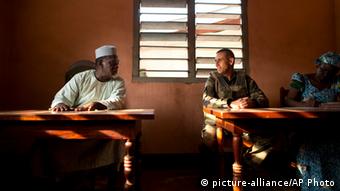 According to UN figures, about a quarter of the almost five million inhabitants of the Central African Republic have now fled their homes due to the violence. More than half of the population is no longer capable of taking care of itself and is dependent on outside help.

In early December 2013, French President Francois Hollande ordered the deployment of 1,200 additional soldiers to the former colony. The move came following a call for help from the interim government in Bangui and a UN Security Council resolution. The troops were sent in as reinforcements for the 400 French soldiers already stationed there. They joined some other 3,500 soldiers of the African-led International Support Mission to the Central African Republic (MISCA).

The objective was to "prevent a humanitarian catastrophe," Hollande had said, promising that "this operation will be short."

At the start of Operation Sangaris, which is named after an African butterfly, the situation in the Central African Republic was desperate. The conflict between the now ruling Seleka rebels and supporters of former President Francois Bozize, who was ousted in March 2013, had led to inter-ethnic and sectarian violence, which was spiraling out of control, leaving hundreds of people dead. There were warnings of genocide.

Although massacres, such as those in early December in Bangui, have stopped, Delius said the plight of the population had actually worsened. 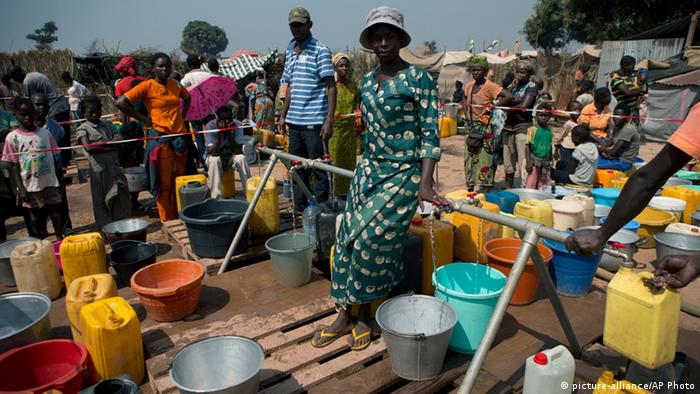 Half of the country's population is now dependent on aid

About 1,000 people are estimated to have been killed in the past month. "Neither the attempts to restore peace nor to disarm the militias have succeeded," Delius added.

One reason for the failure of the mission was that there were not enough soldiers, said Jean-Claude Allard, director of research at the French Institute for International and Strategic Relations. "With 1,600 soldiers, how can you even police Bangui, which has almost one million inhabitants?" Even the planned increase of MISCA troops to 6,000 would not be enough to restore security, according to Allard.

What is even more problematic than insufficient troop strength is that "there is no political solution to the conflict in sight," Allard said. For them to still achieve their goals, the international community and France would have to stay in Central Africa for a long time, Allard said. A "brief" deployment – the French government had spoken of about six months – is out of the question. Human rights campaigner Delius also believes that a military intervention without a political strategy to accompany it is doomed to fail. "Intervening is the right thing to do. But you can't simultaneously leave everything the way it was with regard to the government, which is in no way capable of ruling the country, and then simply act as if the problems have been solved."

Right from the start of their deployment, French troops began to disarm the mostly Muslim Seleka rebels in Bangui. In doing so, they created a power vacuum, which enabled Christian militias, the "anti-balaka," to attack the city's Muslim minority unhindered. 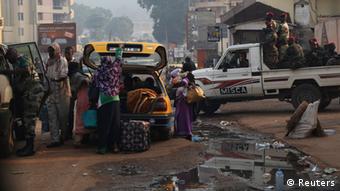 More and more people are fleeing the capital Bangui

Now half of the capital's residents are said to have fled for fear of violence from the opposing camp.

The influence of Michel Djotodia, whose power rested on the Seleka, now hardly extends beyond the military camp in which he is staying.

The former mayor of Bangui, Joseph Bendounga, placed part of the blame for this unchecked escalation on France. Although officials in Paris had been aware of the problems, they failed to develop an adequate policy. For example, the underlying assumption that Operation Sangaris would support the efforts of local security forces, was unrealistic. Instead, the French were now trying to solve the problems of the Central African Republic on their own.

"France is behaving like a sheriff in a Western," Bendounga said.

The responsibility, however, does not lie with France alone, in Ulrich Delius' opinion. The indifference of the international community to the humanitarian situation was "shocking". While the number of refugees was increasing, more and more aid organizations were pulling out of the Central African Republic because of the violence.

"When you compare the situation in the Central African Republic to the war in South Sudan, you find completely different perceptions," Delius said. "The international community is much more interested in oil-rich South Sudan."

CAR’s interim President Djotodia under pressure to step down

The UN has reported that 2.2 million people are in need of assistance in the Central African Republic (CAR). Meanwhile, several African nations are rapidly pulling their citizens out of the war-torn nation. (06.01.2014)

A UN report has called for increased intervention in the Central African Republic (CAR) as the armed conflict continues. According to its report, the violence has already displaced over one million people. (04.01.2014)