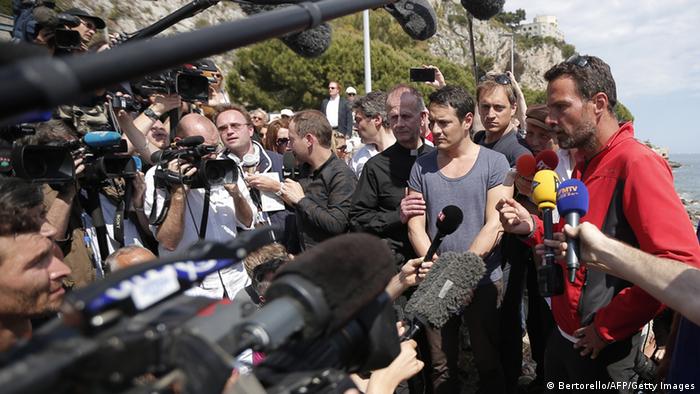 Kerviel, 37, was released Monday from France's Fleury-Merogis Prison, south of Paris. Under the terms of his release, he must wear an electronic tagging bracelet at all times and stay at home every workday evening.

"I am super happy to leave today ... I want to rebuild my life. I want to have a normal life with my loved ones, start a family and finally be able to enjoy life," Kerviel told reporters as he left the prison.

He also said wearing the electronic bracelet is "always better than being shut up," in a prison cell.

Despite spending just under 150 days behind bars, Kerviel was able to apply for his early conditional release as French law also takes into account the period he spent in provisional custody.

Kerviel was convicted in 2010 of breach of trust, forgery and entering false data in relation a chain of risky and unauthorized bets that lost French bank Societe Genérale 4.9 billion euros ($7 billion at the time).

He was sentenced in May to three years in prison and a fine to pay back the bank, but the latter was later overturned.

As a result of enormous trades on products and gambling on the direction of the market, Kerviel brought Société Genérale to its knees in 2008, on the eve of the worst global economic downturn since the Great Depression in the 1930s. At one point Kerviel wagered as much as 50 billion euros ($66 billion) of the bank's money.

He said he was "encouraged" by his bosses to take risks because he was earning good returns for the bank. "The encouragement from my superiors encouraged me to continue," he said.

Earlier this year, Kerviel said he was ashamed of his former profession and embarked on a two-month trek from Rome to Paris to protest the "tyranny of the markets," and even won an audience with Pope Francis at the Vatican.