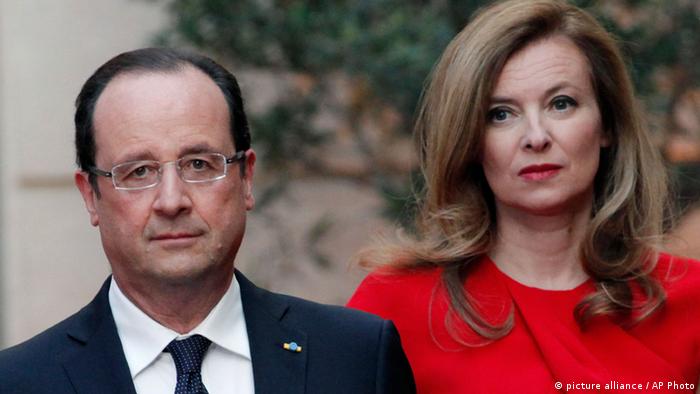 "She has been in [the] hospital since Friday," Trierweiler's spokesperson Patrice Biancone said.

The article about the secret love affair drew widespread attention on Friday and reportedly had a deep effect on Trierweiler, who has been Hollande's live-in-partner for several years.

The 48-year-old journalist would remain in the hospital to "rest and a few tests" until Monday, according to her spokesperson. There was no immediate comment available from the French president about his partner's health.

The article, titled "Francois Hollande and Julie Gayet, the president's secret love" showed photos of a woman arriving at a Paris apartment, which Closer alleged were Julie Gayet. The magazine claims that subsequent photos show Hollande's bodyguards arriving at the same address, followed by the French president himself.

Photos the magazine says were taken the next morning, appear to show the bodyguard delivering croissants before a man in a black helmet - allegedly Hollande - departs on a scooter.

President Hollande has condemned the "attack on the right to privacy to which he 'like every other citizen has the right.'"

AFP news agency reported on Friday that Hollande was "looking into possible action, including legal action," against Closer magazine.