French President Francois Hollande has said he is considering legal action over allegations of having an affair. Photos published by a magazine allegedly show the president arriving at his lover’s home on a scooter. 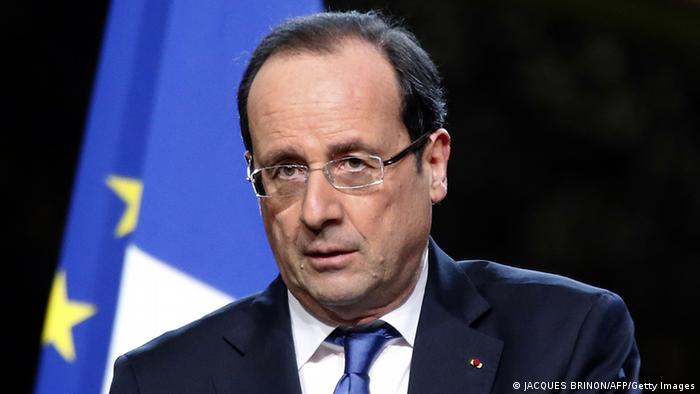 Some of the photos show a woman, which the magazine says is 41-year-old French actress Julie Gayet, arriving at a Paris apartment. Subsequent photos show a man said to resemble one of Hollande's bodyguards arriving at the same address, followed by a second man in a black helmet, who arrives on the back of a scooter. Closer claims the man in the helmet is President Hollande.

Photos the magazine says were taken the next morning, appear to show the bodyguard delivering breakfast croissants, before the helmeted second man leaves on a scooter.

President Hollande, 59, who came to power after defeating Nicolas Sarkozy in a run-off election in 2012, was quick to react to Friday's article.

The AFP news agency cited what it said was an exclusive statement in which the president condemned the "attack on the right to privacy," to which he "like every other citizen has the right."

It also said Hollande was "looking into possible action, including legal action," against the weekly.

While the statement may have been exclusive, rumors that the French head of state had been having an affair were reported on several websites in recent days.

There was no immediate comment from Gayet, a prominent French actress, or her lawyers.

While the rumors may be embarrassing for the president, historically, such reports of infidelity have not tended to do the sort of damage to French politicians as they might do in countries like the United States or Britain.

On the other hand, one could argue that Hollande does not have much to lose in this regard. A poll released on Thursday, before the Closer report, found that just 23 percent of French voters had a positive opinion of his performance as president.