A former French justice minister has told Eric Zemmour to "seek treatment" following comments about her daughter's name. Zemmour said it was "scandalous" that Dati did not give her daughter a French Christian name. 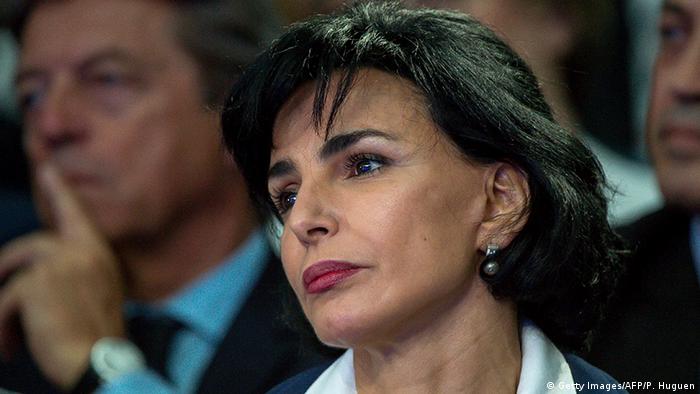 French politician Rachida Dati hit back at remarks made by a controversial journalist on Tuesday after he criticized the name she chose for her young daughter.

Speaking on the French television channel BFMTV, Dati said that journalist Eric Zemmour should "seek treatment" after making comments she described as "pathological."

Zemmour had told the French channel LCI on Monday that it was "scandalous" that the former justice minister's choice of name for her daughter, Zohra, didn't come from a list of official French Christian names.

"I named her after my mother"

He went on to advocate for the reinstatement of the Napoleonic law restricting the names given to children - an idea he had also outlined in his recent book "Un quinquennat pour rien" - and claimed that parents who give their children Muslim names refuse to adapt to France's culture.

Dati, who is of Moroccan and Algerian descent, responded resentfully to Zemmour's comments, asking, "Do you find it scandalous to give your mother's name to your children?"

"I loved my mother. I have a little girl and I called her after my mother, like millions of French people do every day," she said.

Zemmour is no stranger to embroiling himself in controversy over discriminatory and Islamophobic comments. As well as criticizing Dati, he also told LCI that the Front National leader, Marine Le Pen, was not far enough to the political right for his tastes.

In 2014, Zemmour was sacked from his position on a talk show after he told an Italian newspaper that the spread of Muslim neighborhoods outside of cities in France had forced French locals to relocate.