French PM Valls ahead of anti-terror marches: 'We are all Charlie, police and Jews of France'

As thousands converge on the French capital ahead of planned anti-terror marches, the country’s prime minister has encouraged people to come together in defiance of acts of terrorism. 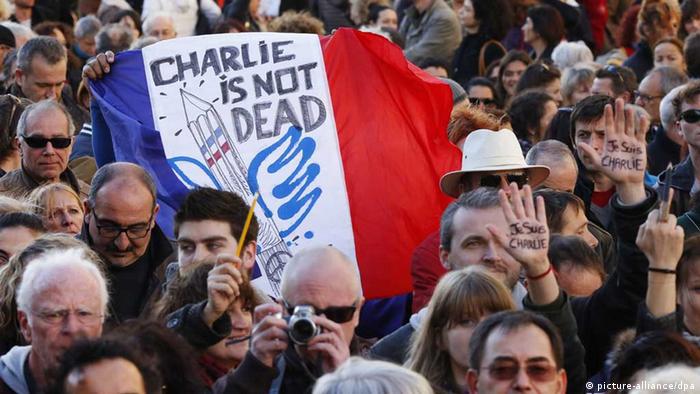 “We are all Charlie, we are all police, we are all Jews of France,” France's Prime Minister Manuel Valls said Sunday ahead of a rally to be held in Paris, referring to the 17 victims of this week's terror attacks.

Sunday's marches come as investigators ascertain whether those responsible for the attacks were part of a larger network of extremists.

Meanwhile, the five people detained in connection with the attacks have been released from custody, Paris prosecutor’s spokeswoman, Agnes Thibault-Lecuivre, said Sunday.

Thibault-Lecuivre said all were freed late Saturday and no-one remained in custody over the attacks. Those detained have been given preliminary charges.

International leaders to march together

Israeli Prime Minister Benjamin Netanyahu, German Chancellor Angela Merkel and British Prime Minister David Cameron are among the many world leaders from Africa, Europe and the Middle East expected to travel to the French capital.

Twelve people were killed after terrorists stormed the offices of the satirical magazine Charlie Hebdo on Wednesday. The gunmen fled the scene and led police on a three-day manhunt before taking a person hostage in a print shop outside Paris. Both men were killed in a shootout with police. A third man took a number of people hostage in a Paris kosher supermarket on Friday. Four hostages were killed in the supermarket before the man was shot dead by police. A policewoman was also killed in a related incident on Thursday.

"I have no doubt that millions of citizens will come to express their love of liberty, their love of fraternity," Valls said Saturday, adding that "France without Jews is no longer France."

More than 700,000 people across France marched on Saturday to pay their respects to the victims.

Ahead of the rally, security forces have increased their presence in France, with 2,000 troops deployed in the capital. The country remains on a high level of alert. France remains on high alert. Police continue to search for 26-year-old Hayat Boumeddiene, the allegedly "armed and dangerous" partner of Amedy Coulibaly, who had been linked to the policewoman's death and was responsible for the killing of the hostages at the Jewish supermarket.

On Saturday, his family condemned the attacks and offered "sincere condolences" to relatives of the victims. "We absolutely do not share these extreme ideas. We hope there will not be any confusion between these odious acts and the Muslim religion."

Questions are now mounting on how security forces failed to gather enough information prior to the attacks, especially since Coulibaly was sentenced to five years in prison in 2013 for his role in helping an Algerian Islamist escape.

Valls has admitted that there were "clear failings" in intelligence.