France's Prime Minister Manuel Valls has urged EU countries to "properly" control their borders, saying the Schengen zone could be in danger. He said terrorists have used the refugee crisis to "slip in" to Europe. 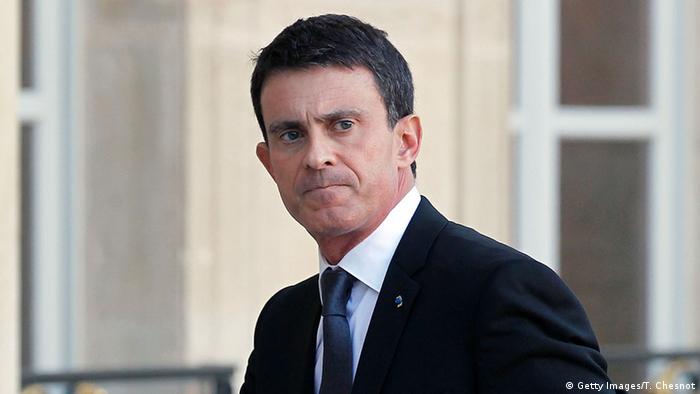 Some of the suspected terrorists in the recent Paris attacks used the refugee crisis to enter Europe unnoticed, said France's Prime Minister Manuel Valls on Thursday.

"These individuals took advantage of the refugee crisis... of the chaos, perhaps, for some of them to slip in" to France, Valls said on the France 2 television station. "Others were in Belgium already. And others, I must remind you, were in France."

He urged France's neighboring countries as well as other EU states to "play their role properly" when it comes to border controls. Valls also warned that Europe's prized Schengen zone would be "called into question... if Europe does not take responsibility" for its borders.

Earlier on Thursday, Interior Minister Bernard Cazeneuve said Paris received "no information" from other EU countries about Abaaoud's arrival, despite the fact he was a known jihadist with an international arrest warrant.

Valls' comments come amidst a raging debate about the failures which let terrorist ringleader Abdelhamid Abaaoud slip through the cracks after the attacks. With other suspects like Salah Abdeslam still at large and with security forces rushing to identify further accomplices, Valls said the threat of attacks remains.

"The threat is there. We don't know at this point in the investigation if there are groups, individuals, who are directly linked to the attack on Friday evening," he said.

Salah Abdeslam, a French national born in Brussels, allegedly rented a black VW Polo car which was used during the attacks. Authorities are still uncertain of his whereabouts, with some believing him to be in either France or Belgium. Abdeslam's brother Brahim, blew himself up at the Comptoir Voltaire cafe during the attacks, according to French authorities.

It was also confirmed on Thursday that Abdelhamid Abaaoud, a Belgian of Moroccan origin, was killed during a police raid on an apartment building in northern Paris on Wednesday.

The men are accused of planning and conducting a series of attacks in Paris last Friday which killed 129 people.