French prime minister Manuel Valls has used a constitutional article to force through a divisive labor reform bill in its final reading, bypassing a vote in the parliamentary lower house amid opposition from lawmakers. 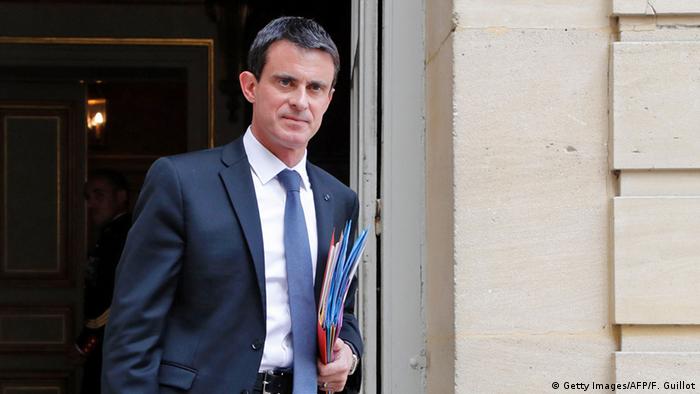 French prime minister Manuel Valls has invoked a constitutional article forcing through a hotly debated packet of reforms to France's labor market, bypassing a vote in the lower house of parliament amid opposition from left-wing lawmakers.

Article 49-3 of the French constitution allows laws to be adopted without parliamentary approval, unless the lower house passes a no-confidence motion against the government - a move they have to make in 24 hours if they wish to head off the bill before its final adoption.

Calling it a "text of progress," Valls said the bill was indispensable for the future of the country.

The government has argued that it modernizes France's jobs market and brings down the chronically high employment that the country had been unable to shake.

It aims to inject more flexibility in the French labor market by allowing easier hiring and firing. Companies would also be assigned greater freedom to design employee contracts, instead of being constrained by sector-wide collective bargaining agreements.

But the law has been met with bitter opposition by hardline trade unions like the CGT, who fear a race to the bottom as companies compete to offer employees the least benefits to save on costs.

Many critics of the so-called El Khomri bill, named after labor minister Myriam El Khomri, also say that it symbolizes how much France's ruling socialist party has moved away from its traditional principles.

France's government already invoked the constitutional article twice to force the reforms through on the first two readings.

Protests and strikes have raged on in the eurozone's second-largest economy in response to the bill, with some descending into violence between protestors and police.

Public sites including a hospital in Paris have been defaced. Strikes have also led to fuel shortages, growing piles of uncollected garbage and far-reaching transport standstills.

Government spokesperson Stephane Le Foll on French radio said the reforms were to be put into practice as soon as possible after the legislation's adoption.

France's parliament will hold a final vote on controversial job market reforms on Wednesday. The government wants to finally lock the reforms down. But the workers' unions are still mounting a bitter resistance. (19.07.2016)

The majority of French citizens oppose the labor reform legislation, the leader of the CGT labor union has said. Authorities bolstered security along the route following serious violence at previous demonstrations. (23.06.2016)