The co-pilot of the Germanwings plane had put the aircraft into a descent on the way to Barcelona, before the doomed flight back to Düsseldorf, according to a preliminary report. The crash killed 150 people. 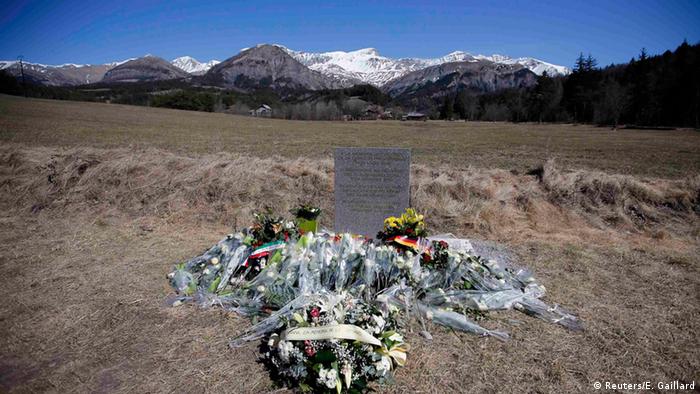 Co-pilot Andreas Lubitz, suspected of crashing the Germanwings plane on purpose, had set the autopilot to 100 feet while traveling to Barcelona on the day of the crash, French aviation safety authority BEA said in an interim report published Wednesday.

The maneuver was approved by air traffic controllers, which is why the descent did not alarm the flight crew, investigators said. In addition, the plane was already in decent, making the effects barely noticeable.

Cockpit data shows that he put the plane into descent mode five times in a four and half-minute period, when the captain of the plane left the cabin.

Investigators said that the flight data confirms that Lubitz acted intentionally in the later plane crash.

"It is possible to conclude from that that he was in control of his actions, and that all his action had the same goal, namely to crash the plane," BEA director Remi Jouty said Wednesday.

All 150 people on board were killed when the Germanwings aircraft crashed into a mountainside in France en route from Barcelona to Düsseldorf on March 24.

Lubitz had suffered from severe depression and received treatment for "suicidal tendencies" before obtaining his pilot's license, German authorities have said.

Although doctors had no indication that the co-pilot intended to harm himself or others, he was signed off sick from work a number of times, including on the day of the crash. He apparently decided to cover that up.

In addition, German investigators found that he had researched methods of suicide and ways of blocking the cockpit door online.

The captain is heard on the audio from the flight unsuccessfully trying to force his way back in after briefly leaving the cabin.

According to the preliminary report, the co-pilot slightly moved the controls of the Airbus before the crash, but not enough to override the auto-pilot. Lubitz had previously set it to height of 30 meters and accelerated several times.