An article portraying Danielle Obono as a slave has prompted widespread criticism from numerous political figures in France. President Emmanuel Macron publicly backed the lawmaker and condemned "any form of racism." 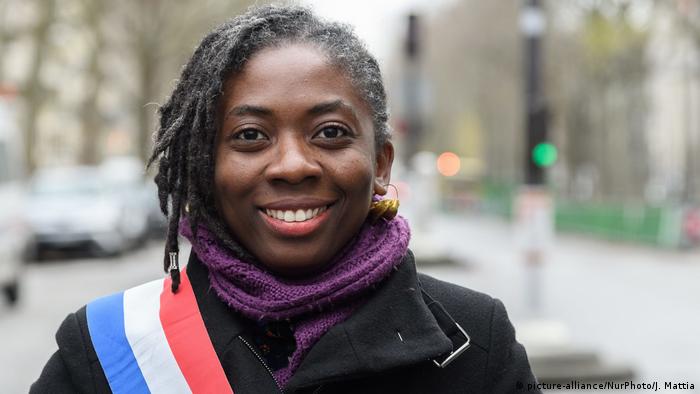 French magazine Valeurs Actuelles apologized for running a photo of Danielle Obono, a Black member of the French parliament, as a chained slave. The publication, aimed at right-wing audiences, showed Obono with an iron collar on her neck as part of a seven-page imaginary story.

Obono tweeted in response to the article: "The extreme right, odious, stupid and cruel. In brief, like itself."

President Emmanuel Macron joined the chorus of condemnation on Saturday, with his office saying Macron called Danielle Obono from the far-left party France Unbowed and "expressed his clear condemnation of any form of racism.""

Prime Minister Jean Castex described the photo as "revolting" and told Obono that she had the government's backing. "I share the indignation of lawmaker Obono," he added.

"One is free to write a putrid novel within the limits fixed by the law. One is free to hate it. I hate it," said Justice Minister Eric Dupond-Moretti.

Despite the magazine apologizing for the move, deputy editor Tagdual Denis appeared to undermine the apology by telling BFM television: "What I regret is that we are always accused of racism ... we are politically incorrect, it's in our DNA.''

President Macron raised eyebrows in 2019 when he gave an interview to Valeurs Actuelles. He has also insisted that France will not take down statues of figures linked to the colonial era or the slave trade.

The force used against Blake appeared "excessive," said a UN spokesman. Robert Colville also spoke of the "lax" gun laws in the US contributing to the murders of two people who were shot dead in the ensuing protests.

March on Washington: Thousands protest racism in US capital

This year's march to commemorate the anniversary of Martin Luther King Jr's "I Have a Dream" speech comes at a time of widespread outrage over police violence in the US. Tens of thousands gathered to call for justice.