France can expect to see more unrest as the government attempts to push through labor market reforms. Even after concessions to widespread resistance, most French reject the plans. Elizabeth Bryant reports from Paris. 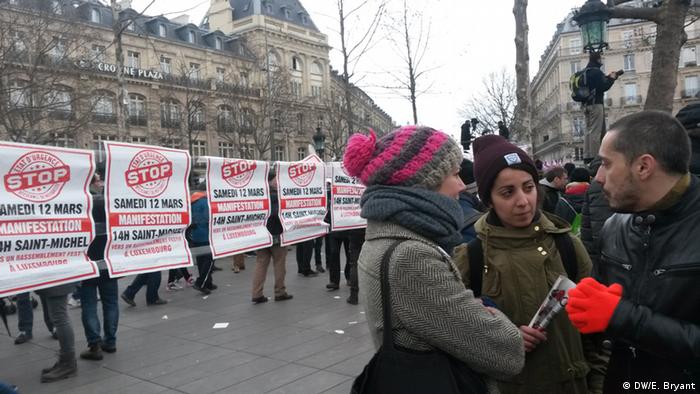 Over the last two decades, three French governments have drafted laws aimed to overhaul rigid labor codes and make the country more competitive in European and global markets. The first two have failed, their conservative sponsors caving into pressure from the streets.

Now, it's up to the Socialist government, anxious to turn around a lackluster economy and soaring unemployment before a difficult 2017 election year. With tens of thousands of French joining nationwide protests against the reforms last week, and more to come on Thursday, the jury is out whether it will fare any better.

On Monday, Prime Minister Manuel Valls stepped back from his pugnacious vow to push the reforms through "to the end," presenting a watered-down text that drew mixed reviews.

Among other key changes, the government ditched a measure to cap severance pay for dismissed workers which employers argued would have encouraged them to hire more permanent, rather than temporary staff. The new text also gives judges greater leeway to interpret layoff rules and rolls back options for employers to impose longer work hours. 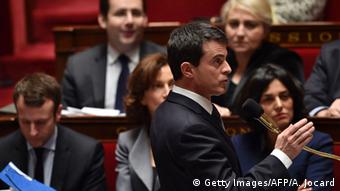 "I prefer reforms that succeed," Valls said on French TV, calling for dialogue and compromise and insisting he wasn't backtracking.

"Two steps forward and three back?" Le Parisian daily asked in a headline.

In its original form, the draft law aimed to turn around France's unemployment - now topping 10 percent - through reforms like making it easier - and cheaper - for business to hire and fire workers. Employers unions say those reforms are essential, while the right wants to go even further.

The proposals would also help to reconcile what economist Tomasz Michalski describes as a "two-tiered" job market: one offering workers long-term contracts with lots of privileges, and the other - increasingly favored by bosses to avoid heavy penalties in laying off workers - offering limited, short-term contracts with little security.

"What you see today is protests from people whose privileges may be taken away," Michalski said.

But the message from the street is that change won't come easily. Polls show most French oppose the proposed reforms. Some of the biggest critics are students, who are organizing another rally on Thursday.

"They are killing our rights," said 17-year-old high school student Juliette Gaudin, who participated in last week's demonstrations in Paris that drew thousands.

"These proposals will lead to working conditions that are even more difficult than those we're facing now," said another critic, Hugo Pompougnac, 25, who works for a record company and is worried about loosening layoff restrictions.

But the changes proposed Monday have drawn support from some labor unions and helped to bridge deep divisions over the original text within the ruling Socialist party.

"I assure you there will be a majority … to vote for this law," Bruno Le Roux, president of the Socialist group at the National Assembly told French TV, while conceding sticking points remained.

At the same time, they have alienated employers unions, which broadly backed the original text, while the more leftist unions remain staunchly opposed.

"We're absolutely not happy," said Francois Asselin, who heads the CGPME union that represents small and medium-sized businesses in France.

In some ways, the current uproar sounds like a riff from the past. Conservative governments in 1995 and in 2006 also tried pushing through labor reforms, only to abandon them after massive protests and strikes.

While French are again taking to the streets, the opposition is smaller and less united. And while controversial, the draft bill is ultimately not very bold, analyst Michalski believes. 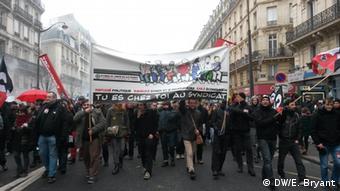 Some analysts say such reforms are long overdue

"France is the last of the large European Union countries that hasn't approached any labor reform in recent years," he said. "The labor code has not been reformed at all, compared to Germany, Spain and Italy."

Still, if the reforms succeed, he says, they could dramatically change the French landscape - including in the country's restive, working class suburbs where youth unemployment can reach 40 percent.

But others believe in a different kind of fight.

"We need reforms, but not this one," says Francoise Vincent, 59, who joined last week's demonstrations. "We need a big change in this society. A society that will take care of the people and not be ruled by money."

Unions and students vow to keep up the pressure, with another rally planned for March 31.

Ultimately, some analysts believe a labor bill may squeak through parliament. Whether it will bring the promised reforms is another matter.

Strikes and protests have been held in France against the government's planned labor reforms. On the same day, a transport strike for better conditions kept many workers from traveling to work. (09.03.2016)