French gang goes on trial for torturing Jewish man to death | Europe | News and current affairs from around the continent | DW | 29.04.2009

In Paris, the trial has begun of a self-proclaimed "gang of barbarians." 27 young people are accused of kidnapping a young Jewish man in a Paris suburb, torturing him for 24 days and then leaving him to die. 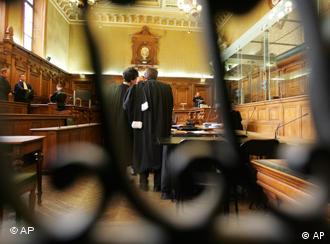 In January 2006, a girl walked into the mobile phone store in the Paris suburb of Sceaux, where Ilan Halimi worked and lured him to a rendezvous in the suburbs. The 23-year-old was then kidnapped and held in a cellar while his abductors tried to extort 450,000 euros ($598,000) from his parents.

After a horrendous three-week ordeal during which he was beaten and tortured close to death, Halimi was dumped, handcuffed to a tree, naked and covered with burn marks, near railroad tracks in the Essonne region, south of Paris. He died on his way to hospital.

The alleged ringleader of the self-proclaimed "gang of barbarians," 28-year-old Youssouf Fofana, is accused of premeditated murder, demanding ransom and acts of torture and barbarism. The Frenchman of Ivorian origin has admitted all the charges against him, except that of stabbing Halimi to death.

If convicted, Fofana faces a maximum sentence of life imprisonment.

Anti-Semitism included in the charges

"It's clear that Youssouf Fofana chose Ilan Halimi as a victim because he was Jewish," the family's lawyer Francis Szpiner said in court. 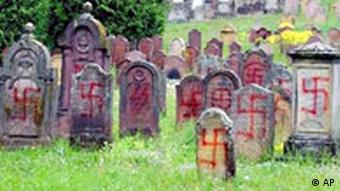 Several members of the gang testified that Halimi was targeted because he was Jewish, which in their minds meant he had money and his community would pay to get him back.

The police didn't at first believe that the crime was anti-Semitic. But anti-Semitism is now included in the charges, which French law considers an "aggravating circumstance" leading potentially to stiffer sentences.

Fofana fled to the Ivory Coast after the murder, from where he's said to have continued making death threats to Halimi's family. After he was extradited back to France, Fofana is also alleged to have continually bombarded investigating magistrates with anti-Semitic insults.

Some claim they didn't know what they were doing

For the rest of the gang, hostility towards Jews is not believed to be a factor in them taking part in the horrendous crime.

"My client had no idea who had been kidnapped," said Didier Seban, the lawyer for one of Halimi's abductors. "It had no bearing on him. His involvement was stupid, he's very easy to influence, Fofana called him the 'little one'."

Of the others on trial, fifteen are accused of involvement in the kidnapping, eleven with failing to report an offence.

Halimi's mother has called for the trial to be held in public but Didier Allard of the Paris prosecutor's office said it has to take place behind closed doors.

"The 'gang of barbarians' trial will take place in a juvenile court, because two of the accused were under age at the time," Allard said. "Now that they're adults, they could ask for the trial to be conducted in public, but both have to agree."

The trial is expected to last two-and-a-half months.

The details of the case have horrified France for its brutality and have drawn attention to the rise of anti-Semitism among some young blacks and Arabs in the country. Many members of France's Jewish community say there has been a rise in hostility ever since the Palestinian uprising started in 2000.

Fofana has shown no signs of remorse. In court, he smirked at Halimi's relatives and shouted in Arabic "Allah will be victorious."

Rise in politically-motivated violence in Germany

A sharp rise in the number of crimes committed by right-wing extremists drove the number of politically motivated offences in Germany to a record high last year, the interior ministry said on Monday. (21.04.2009)

Anti-Semitic trends are linked to the situation in the Middle East, as well as to the finance crisis, reports the EU Fundamental Rights Agency. But some countries don't properly track the crimes, warns the agency. (02.03.2009)