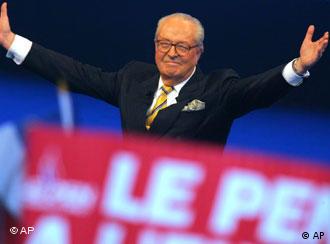 Le Pen has been politically successful despite far-right views

The main groups in the EU Parliament decided they would change the rules in order to keep Le Pen from taking on the honorary role of presiding over the European Parliament's opening session this summer.

Joseph Daul, head of the European People's Party -- the biggest grouping in the parliament -- said he would "do everything possible" to prevent Le Pen from taking the chair. Daul is backed by socialists and the Greens in parliament.

"I just said that the gas chambers were a detail of Second World War history, which is clear," he told a sitting of the European Parliament in Strasbourg, France on Wednesday, March 25.

Some six million Jews were killed during the Holocaust.

Past convictions for racism 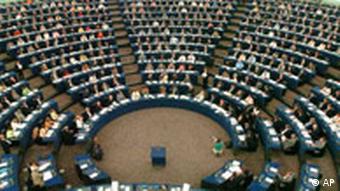 Le Pen was supposed to preside over the EU parliament

Le Pen, 80, has several past convictions for racism and anti-Semitism. He shocked Europe in 2002 when he placed second in the French presidential elections. He won 10 percent of votes in the 2007 presidential race.

"That proved the state we find the freedom of speech in Europe and France," he said, recalling the case.

Le Pen was first elected to the European Parliament in 1984. If he is elected at the top of the National Front ticket, he would be granted the honor of presiding over the opening session of parliament due to his seniority and age.

"I am concerned by the fact that a Holocaust denier could preside over the opening session of the European Parliament," Schulz had said previously.

Le Pen demanded an apology from Schulz on Wednesday.

The German government should examine how a wanted Nazi was able to live for decades in Egypt without being captured or even arousing the suspicion of authorities, said the Simon Wiesenthal Center. (12.02.2009)