The Armenian tailor was the last surviving member of the Manouchian group, a WWII resistance cell made up of foreigners that carried out attacks in Nazi-occupied France. President Emmanuel Macron praised him as a "hero." 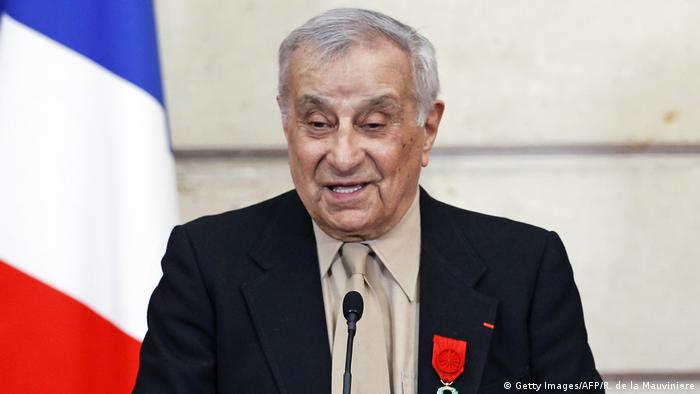 The last survivor of a famous group of immigrant workers that fought against the Nazi occupation of France during World War II died on Saturday at the age of 101, French media reported.

Arsene Tchakarian, a tailor of Armenian origin, passed away at a hospital near his home in the Paris suburb of Vitry-sur-Seine, where he had lived since 1950.

He had dedicated his life to fighting "facism," French paper Le Figaro reported.

After fighting in the legendary resistance group Manouchian, Tchakarian's historical and memorial tasks occupied him for the rest of his long life. He turned his home in an archival center, spoke at colleges and schools about the Nazi occupation of France, and campaigned for the recognition of the mass killings of Ottoman Armenians as a genocide.

"I'm sort of the last of the Mohicans, as they say," Tchakarian said, according to French newspaper Le Figaro.

French President Emmanuel Macron paid homage to Tchakarian on Twitter, praising his historical work and calling him "a hero of the resistance and a tireless witness whose voice resounded with force until the end."

Wanted by the Nazis

Tchakarian was born to an Armenian family in Turkey in 1916. After fleeing to Bulgaria to escape Ottoman violence against Armenians, the family settled in France in 1930. He was conscripted into the French army in 1937, but was demobilized in 1940 once France surrendered to the Nazis.

By 1942 he had joined the Manouchians, a small resistance group made up of foreigners and named after its leader, the Armenian poet and communist Missak Manouchian.

The Manouchian group carried out an intense campaign of resistance activities against the Nazi German occupation of France that included attacks and acts of sabotage such as assassinations and train derailments.

In 1944, 23 members of the group were rounded up and sentenced to death by a German martial court in a highly publicized trial. 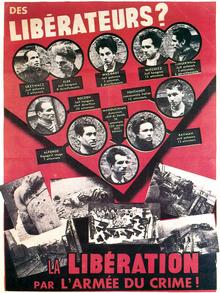 After the execution of Tchakarian's fellow group members, Nazi German authorities and French officials in the collaborationist Vichy government hung up infamous red posters, known as the "Affiche Rouge," denouncing the members of the Manouchian group as "the army of crime" in an attempt to sway public opinion against the resistance fighters.

Tchakarian managed to escape to Bordeaux and was taken into hiding by fellow resistance members. He remained active in the resistance until the war's end.

After the war, he turned his focus to history, writing multiple memoirs, and fighting for recognition of the Armenian genocide.

Tchakarian was granted French citizenship in 1958. He received multiple medals for bravery in the war and in 2012, he received France's highest distinction, the Legion of Honor.

The art of French resistance

On murals and makeshift memorials, the French are responding to November’s deadly attacks in the French capital with graffiti, music and poetry - art that is helping a nation to heal. Elizabeth Bryant reports from Paris. (30.11.2015)

One of the last-surviving French Resistance leaders has died. Raymond Aubrac was famous for escaping from the grasp of the Nazis - with the help of his equally legendary wife, Lucie. (11.04.2012)