French farmers have started a three-day blockade of refineries after a decision by Total to import cheaper palm oil for its biofuel plant. The move has fanned farmer discontent over unfair competition. 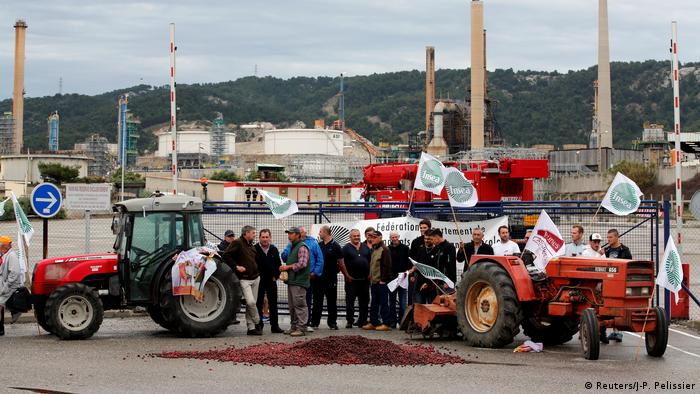 The Vatry fuel depot in the Marne region of northeastern France was the first to be blocked on Sunday evening as about 100 farmers set up barricades with tractors and mounds of rubble.

On Monday, a total of 13 sites were being picketed by members of the French farmers' union FNSEA, union boss Christiane Lambert said in an interview with France Info television.

Lambert said the blockades were intended to pressure the French government over recent trade agreements that would allow imports of meat, sugar, and ethanol from countries "that do not respect the same conditions of production as French products."  Total's decision to import palm oil for biofuel refinery was only "the last straw," she added.

The French oil and gas company operates five refineries and nine petrol depots in France. Recently, it has invested €275 million ($324 million) to transform a refinery at La Mede, in southern France, into a plant that can make 500,000 tons of biodiesel per year.

The company stressed though that no more than 50 percent of raw material used at the facility would be imported palm oil, and that all suppliers were certified by the Roundtable on Sustainable Palm Oil.

Read more: Is there a good side to palm oil?

Total also said it had taken measures together with authorities to limit disruptions, and urged clients not to rush to petrol stations to fill their tanks, which could spark panic buying and shortages.

French farmers are infuriated because they want biofuel producers to use local oilseed crops such as rapeseed. They have joined environmentalists in their call to ban palm oil cultivation as it would lead to deforestation in southeast Asia, where most of the world's palm oil is being produced.

However, palm oil is cheaper than rapeseed oil as a feedstock for biodiesel due to European farmers suffering a competitive disadvantage because of high taxes and strict environmental regulations.

Fuel shortages were not expected as a result of the blockade, given France's network of emergency fuel reserves and in the absence of sympathy action by fuel sector workers. But the refinery protests illustrate a souring relationship between farmers in the EU's biggest agricultural producer and the government of President Emmanuel Macron. 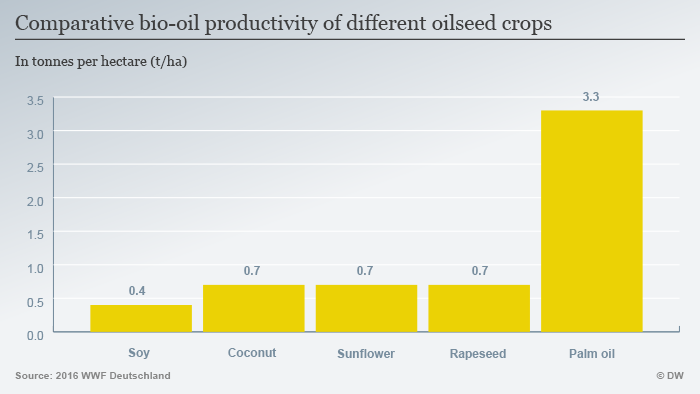 Many farmers welcomed the president's call for fairer farmgate prices as part of a food chain review last year. But they were stunned when the EU Commission unveiled plans for the new EU budget from 2012-2017 that envisages cuts to the bloc's lavish farm subsidies.

French farmers are the largest beneficiaries of EU subsidies receiving €9 billion a year in direct aid. But FNSEA has estimated that farmers would stand to lose about €5 billion over the next EU legislature if the cuts were confirmed, aggravating a loss of competitiveness and growing fear in the rural sector.

"France over-regulates," she said, adding: "We are told to raise quality and standards and to do organic and use fewer chemicals, but the prices are not there."

As a result, more and more French farmers are growing suspicious of President Macron, who is backing the bloc's trade talks with other countries, such as the Mercosur group of Latin American countries. Feeling less and less represented by mainstream politicians, about one-third of them already voted for far-right leader Marine Le Pen in last year's presidential elections.

The ban from the world's largest exporter has rocked an already precarious edible oil market. The price of cooking oil has soared as war rages between sunflower oil producers Russia and Ukraine.