French defense minister says Afghan troop pullout could begin in 2011 | Europe | News and current affairs from around the continent | DW | 28.10.2010

France could start withdrawing troops from Afghanistan from next year, the defense minister said. His remarks came a day after a threat to France purported to be from al-Qaeda leader Osama bin Laden was issued. 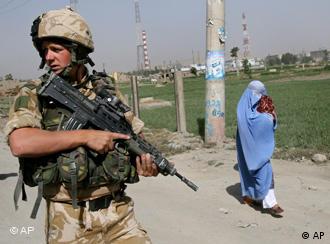 Western troops have been in Afghanistan since 2001

A day after a direct threat was purportedly issued to France by al-Qaeda leader Osama bin Laden, the country's defense minister has said French troops could begin withdrawing from Afghanistan from 2011.

"There's a fixed date for NATO in the framework of its new strategy - that's the start of 2011, because in 2011 we're going to transfer a whole series of districts to the Afghans," Defense Minister Herve Morin told RTL radio.

"At that moment, there could be the first movements or first withdrawals of Allied forces from Afghanistan. In any case, that's the calendar set by Barack Obama, that in 2011 the first American troops could quit Afghanistan.

"And that's what a certain number of European countries have started to say," he explained, insisting that his comments were not related to the threat issued against France on Wednesday by a voice claiming to be Islamist militant Osama bin Laden.

Asked whether the threat, contained in an audiotape broadcast by the Arab satellite channel Al-Jazeera, was genuine, Morin said: "We're still in the course of trying to authenticate it. It's too soon to say."

He added it was "not impossible" that such a tape existed and that "all of our services, and all of our allies believe Osama bin Laden is alive." 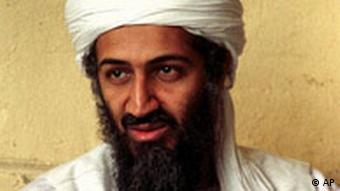 The audio recording said France opened itself to retaliatory attacks by having sent troops into Afghanistan and by having recently banned the Islamic full-face veil.

"How could you take part in occupying our countries and support the Americans in killing our children and women, and then expect to live in peace and security?" the voice demanded.

Morin insisted that France's decision to begin postulating an exit from Afghanistan from next year had "absolutely no link" to the threat.

"Radical Islamist movements always invoke our presence in Afghanistan; it is a frequent demand," he said.

French troops in Afghanistan, which currently number at around 3,500, have been on the ground since 2001. Fifty French soldiers have died fighting the Taliban and allied Islamist insurgents, mainly in the hilly districts just east of the capital Kabul.

NATO and Afghan authorities are conducting a joint enquiry after Afghan President Hamid Karzai accused international forces of killing 52 civilians in an airstrike in southern Afghanistan. (27.07.2010)

Afghans aim for security take-over by 2014

Afghanistan is aiming to take over security and military responsibilities from international forces by 2014, Afghan President Hamid Karzai told delegates to a one-day summit on the country's future in Kabul on Tuesday. (20.07.2010)