French auto giant PSA has announced its withdrawing from its joint venture activities in Iran to avoid looming US sanctions. The company is instead looking to launch a car-sharing service in the United States. 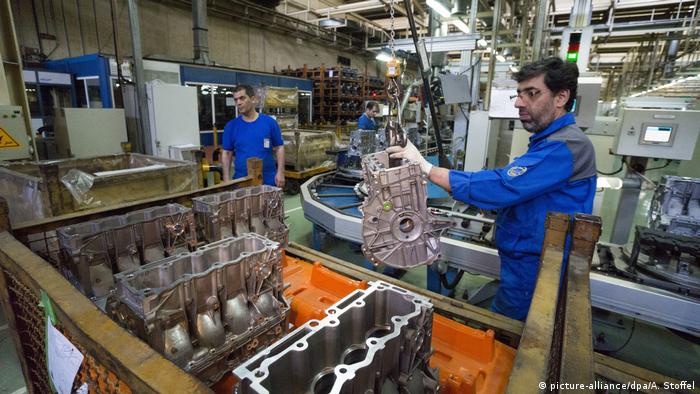 French auto manufacturer PSA said Monday it would stop its joint venture activities in Iran because of the risk of facing US sanctions after the Trump administration withdrew from a key nuclear deal with Tehran.

"The group has begun to suspend its joint venture activities in order to comply with US law by August 6, 2018," the maker of Peugeot and Citroen vehicles said in a statement.

European Union officials had previously tried to shield their companies working in Iran from the reach of US sanctions, which are scheduled to come into effect by November.

PSA, which is Europe's second-largest carmaker after Germany's 12-brand Volkswagen Group, had signed deals with Iranian automakers Khodro and Saipa in 2016 after sanctions were lifted following a landmark deal aimed at preventing Tehran from developing nuclear weapons.

In cooperation with its partners on the ground, PSA last year sold roughly 445,000 vehicles in Iran. The French group noted, though, that its Iran business made up less than 1 percent of its total sales, meaning that exiting that market "would not alter its financial guidance."

"With the support of the French government, PSA is engaging with the US authorities to consider a waiver," the carmaker said. The CEO of French oil giant Total, who was hoping to launch a major natural gas project in Iran, said last week the chances of winning exemptions to the US sanctions were "very slim."

PSA has been absent from the US market since 1991, prompting some observers to remark it shouldn't have worried too much about US sanctions. But the carmaker announced in January it was hoping to launch a car-sharing service in one or two US cities.