French boycott ′gender theory′ at school | Europe | News and current affairs from around the continent | DW | 01.02.2014

A French government program aimed to combat gender stereotyping among primary school children is facing an unprecedented backlash from parents. 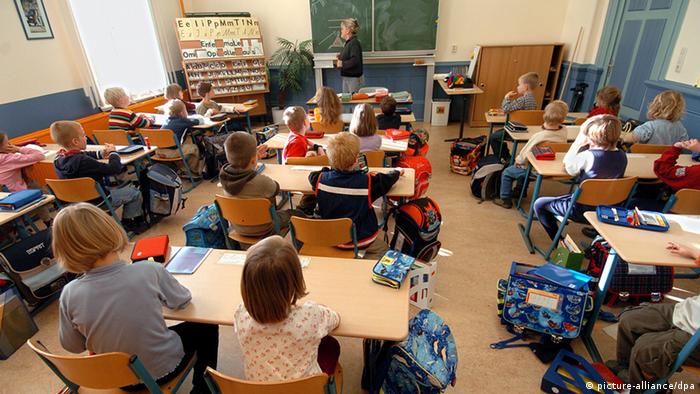 Parents in France are pulling their children out of class for one day each month to protest against what they say is an attempt by the government to teach primary school children that "they aren't born boys or girls, but neutral."

The protest leader, Farida Belghoul from Strasbourg, has established a calendar for Journées de retrait de l'école (days of withdrawal from school) with different towns assigned different days through February 10.

The boycott has been largely organized by text message, with Belghoul calling on parents to "resist" the French government's ABCD of Equality program. A joint-initiative by the Women's and Education ministries, it launched in September 2013. It was trialed in more than 200 schools, and was slated to be rolled out in most primary schools in France from January 2014.

Education Minister Vincent Peillon reacted sharply this week, after some 100 schools in Strasbourg and the Paris region reported losing up to a third of their pupils. The minister denied the government's programwas anything more than an attempt to encourage equality between boys and girls. 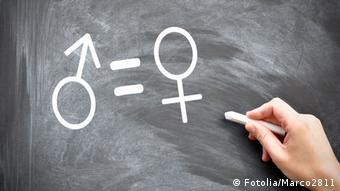 The government wants to tackle gender stereotypes in the classroom

"I want to very solemnly reassure all parents in France: do not listen to those who want to sow division and hatred in schools," he told the National Assembly. "What we are doing is not gender theory."

Peillon warned that right-wing extremists were "spreading an idea that frightens parents and wounds teachers" by claiming that schools wanted "to teach little boys to become little girls."

Belghoul was active in the Marche des Beurs, a French civil rights movement in the 1980s, but she is now more closely aligned to the far-right essayist Alain Soral, who is known for his anti-feminist and anti-gay marriage views.

The ABCD of Equality's stated aim is to stamp out sexual stereotyping at an early age, to "correct" disparities between boys and girls when it comes to the choices made later in life - for example, choosing subjects at high school or university.

The government also believes eradicating stereotyping could help close the 25 percent pay gap, which still exists between men and women with similar qualifications. 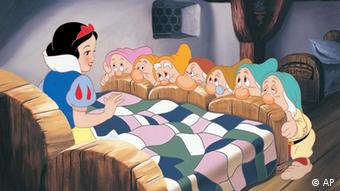 The program provides detailed advice online for teachers about how they can challenge young children's views about what is typically seen as "girlish" or "boyish." In acting out fairy tales, for instance, boys should be encouraged to play the part of Little Red Riding Hood, and girls the part of the wolf. The government also points out that many fairy tale heroines - in stories like Beauty and the Beast, Snow White and the Seven Dwarfs, and Cinderella - are passive characters, which could tempt young girls to wait for a Prince Charming rather than pursue a career and skills of their own.

Challenging gender roles in the classroom

The program also urges teachers to encourage reflection on gender issues in other areas such as physical education, art, and history. They might examine the Renoir painting Madame Charpentier et ses enfants, the government suggests, and note that poor Mrs. Charpentier is forced by convention to wear a suffocative corset, and that little boys, as well as little girls, used to wear dresses.

In history lessons, the ABCD of Equality suggests teachers point out that Louis XIV wore high heels and ribbons.

Belghoul strongly objected to this new approach to tackle gender issues in the classroom. She argued the clear aim of the government's project is "to generalize gender ideology at every level of French schooling, from the kindergarten to the baccalaureat (final exam).

"At a moment when pupils are struggling to master basic arithmetic, the government considers it a priority to fight homophobia and stereotypes of all sorts," she added.

Her campaign has reportedly been most effective in targeting Muslim families, and higher numbers of students have been absent from classes in areas with higher immigrant populations. Ahmet Ogras, the vice-president of the French Muslim Council, told the "Figaro" newspaper he was taken aback by the buzz surrounding the boycott, and invited Peillon to explain the project to the Council.

Meanwhile the minister is trying to reassure teachers about the value of the ABCD of Equality. In a letter, he urged them to do everything possible to "inform parents of the reality of these programs and this teaching content."

Petition against 'sexual diversity' in classrooms

Rarely has a curriculum caused this much of a stir: In the German state of Baden-Württemberg, "acceptance of sexual diversity" is to be taught in schools in the future. Resistance has been expressed on the Internet. (12.01.2014)

After a year and a half in office, French President Francois Hollande has turned away from his Socialist economic policies. But the country doesn't seem to care and is more interested in his personal affairs anyway. (15.01.2014)