French actor Jean-Paul Belmondo dies at the age of 88

The star of the iconic French New Wave film "Breathless'' was one of France's most recognizable leading men and among the country's most beloved actors of his generation. 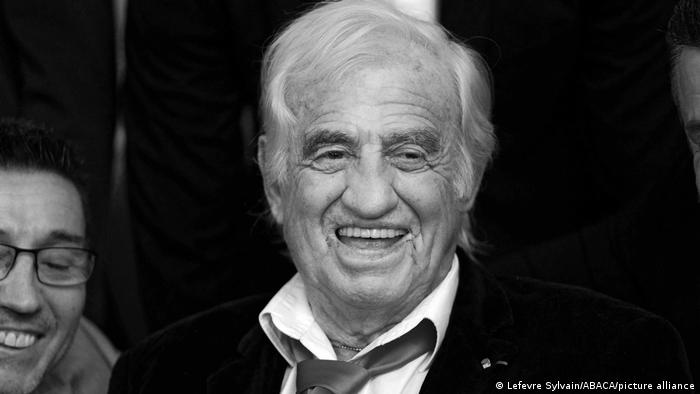 Jean-Paul Belmondo, the movie star whose body of work spanned decades and genres, has died, his lawyer's office confirmed on Monday. He was 88.

President Emmanuel Macron wrote on Twitter that France had lost "a national treasure."

Another one of his most well-known roles came four years later, when he starred in The Man from Rio, a send-up of James Bond-type spy thrillers whose plot heavily inspired the Steven Spielberg blockbuster Raiders of the Lost Ark and its protagonist, Indiana Jones.

He later transitioned to more mainstream comedies and action films, though never lost touch with his art house roots.

Jean-Paul Belmondo was born on April 9, 1933 in Neuilly-sur-Seine, a wealthy suburb of Paris. His mother was a dancer; his father, who came to Paris from Sicily as a teenager, was a famous sculptor. Well-known writers and artists such as Albert Camus were regular guests at the Belmondos.

His father passed on his enthusiasm for the arts to his son. After playing in amateur productions as a teenager, Belmondo decided to become an actor at the age of 16. Despite an unfavorable opinion from a member of the renowned Comedie-Francaise, he went on to study at the National Academy of Dramatic Arts in Paris. "Acting is not too difficult, but you have to learn it," Belmondo later said.

At the beginning of his career, he was defined as an actor by his "thankless features" — until Breathless turned him into a "seducer with a coarse physique," as he recalled in his 2016 autobiography.

In 1959, Belmondo married the dancer Renee Constant. They had three children before divorcing in 1965. From 1966 to 1974, he lived with the Swiss actress Ursula Andress, who became famous as the first Bond girl in Dr. No (1962). Belmondo married again in 2002 — this time to Nathalie Tardivel — with whom he had another daughter; this second marriage lasted six years.

From art house to action

Over the course of his prolific career, Belmondo appeared in over 80 movies, half of which were shot in the 1960s. Even though he often portrayed gangsters or cops in crime and thriller movies, he also starred in melodramas with actors such as Romy Schneider and Alain Delon.

Affectionately nicknamed "Bebel" by his fans, he became one of the most popular French actors of his generation. His distinctive features and typically macho attitude made him shine in many films of the 1970s and '80s.

During those decades, he starred in his most popular titles, including the secret agent thriller The Professional (1981), whose theme song by Ennio Morricone also became an international hit. Belmondo was also known for doing spectacular and dangerous stunts in his action films.

At the end of the 1980s, he made fewer films and returned to his theatrical roots by performing in classical stage productions.

Belmondo's health took a turn in 2001 when he was admitted to a Paris hospital after suffering a stroke. The actor had to laboriously learn to speak and walk again, but he returned to acting as soon as he could.

His return to cinema came with the 2008 film A Man and His Dog. It was a flop, and Belmondo later apologized for the work, but acknowledged that the film had helped him overcome the effects of his stroke.

In 2010, Belmondo was honored by the Los Angeles Film Critics Association for his life's work. A year later, he received the honorary Golden Palm in Cannes. Venice also paid tribute to the actor in 2016 with a Golden Lion, and in 2017 his career was honored with a Cesar award in Paris. In 2019, he was recognized with the Legion of Honor, France's highest order of merit.

Years after he retired from acting, Belmondo remained celebrated as a superstar in France. And, as the title of his memoir emphasized, Mille vies valent mieux qu'une (1,000 Lives are Better than One), he always cherished the fact that his career had allowed him to live his own to the fullest.

Silke Wünsch and Nikolas Fischer contributed to this report