An 80-year-old judge is gaining millions of fans around the world as he passes judgement with humanity and the help of defendants' children. We take a look inside Frank Caprio's open New England court. 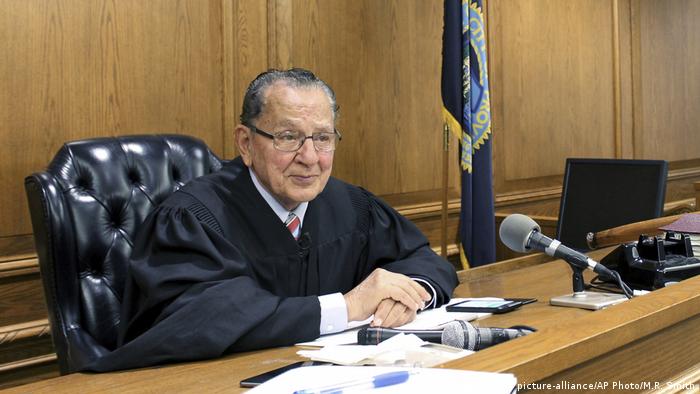 Judges aren't usually beloved, but one American judge is winning hearts and clicks with a mix of compassion, humor and a rotating cast of poor souls ticketed in the city of Providence, Rhode Island. Municipal Court Judge Frank Caprio is perhaps an unlikely viral video sensation, but footage showing his kindhearted compassion has drawn hundreds of million of views on Facebook alone.

The 80-year-old judge invites children to join him on the bench to help pass judgment on their parents and makes high school kids promise to attend college in return for dropping tickets. He works out payment plans for people who are struggling. Occasionally he loses patience, especially when he thinks a person is trying to deceive him with flattery. He even gets laughs when he turns down pleas for a break.

Thank you, your honor

One of the most popular videos features a woman who had racked up tickets and fines of $400. She broke down as she described trying to pick up the pieces after her son was stabbed to death the year before.

"I'm just really having a tough time, your honor," she said to Caprio through tears, as the judge listened attentively.

"I don't think anyone in their lifetime would ever want to experience that," he told her, as he dismissed the tickets.

"It's the worst feeling in the world. I feel so empty and lost," she replied.

The case has been viewed nearly 170 million times on Facebook and given subtitles in nine languages.

The judge's brother Joe Caprio began filming the courtroom proceedings a few years ago, calling the show "Caught in Providence." Since last year, shorter clips have appeared on Facebook, where fans and commenters have praised the judge's tenderhearted approach.

"I may be adding just a little bit more understanding towards the United States system of government and how it works," said Judge Caprio, "that we are a decent peace-loving people, and not how we're being portrayed in other parts of the world."

Saudi authorities have detained a 14-year-old boy for dancing the "Macarena" on the street in a viral video. Police said the teenager was questioned over "improper public behavior" and disturbing the traffic. (23.08.2017)