The verdict comes three years after Fillon's presidential campaign took a nosedive, after being accused of using public funds to pay his wife to work a fake job. His wife, Penelope, was also found guilty in the case. 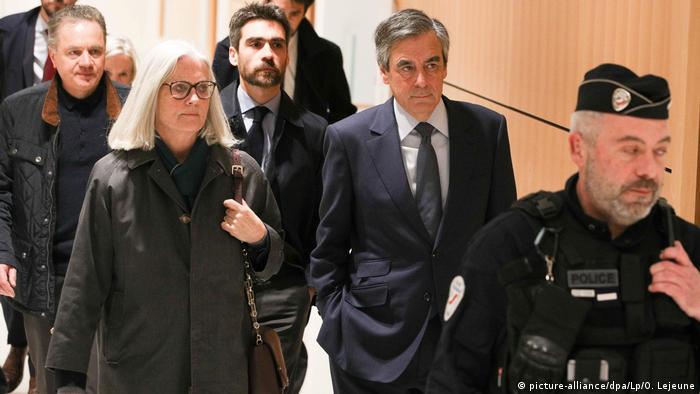 Fillon, 66, was accused of creating a position that paid his wife over €1 million ($1.13 million) in public funds — a charge that cost him his 2017 presidential bid. Fillon's wife, Penelope, was also found guilty of being complicit in the case.

Fillon was sentenced to five years in prison, three of which were suspended, as well as a €375,000 fine. He has also been banned from running for elected office for 10 years. His wife was handed a three year suspended sentence and fined the same amount.

Shortly after the ruling, their lawyer announced they would appeal the sentence.

Fillon's 2017 presidential campaign took a nosedive when satirical weekly Le Canard Enchaine reported that he had paid his wife, Penelope, for serving as his parliamentary assistant from 1998 until 2013.

The public outcry over the scandal, which became known as "Penelopegate," was loud enough that significant doubts were voiced about the eligibility of Fillon himself — leading to a sharp decline in the opinon polls.

The paper also reported that he had employed two of his five children as parliamentary assistants while he was senator, between 2005 and 2007, paying them a combined €117,000. However, there was no evidence that either the wife or children did any work.

He was additionally accused of getting the millionaire owner of a literary magazine to pay his wife €135,000 for "consulting work."

Welsh-born Penelope Fillon told the court she spent a lot of time sorting her husband's mail, attending public events near their rural manor and gathering information for his speeches. However, she was quoted in a 2016 newspaper interview as saying, "Until now, I have never gotten involved in my husband's political life."

She also said that she didn't remember well the contracts that she had had as a parliamentary aid.

Fillon, who served as prime minister under former president Nicolas Sarkozy from 2007 to 2012, has consistently insisted on his innocence.