President Francois Hollande has become the first French leader to attend the memorial service at Chemin des Dames in 100 years. The 1917 WWI battle was one of the deadliest and most disastrous in French history. 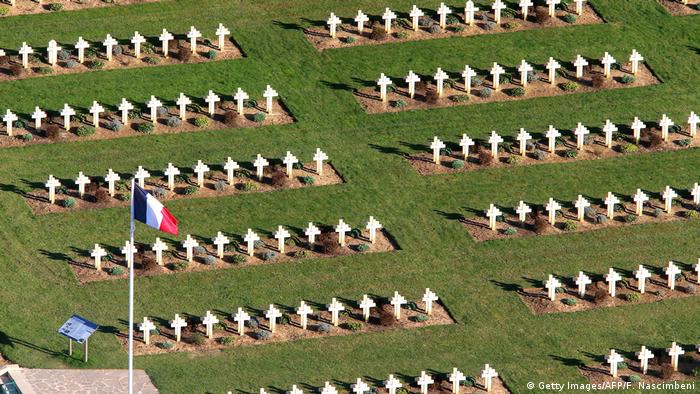 At Chemin des Dames, in the countryside some 130 kilometers northeast of Paris, President Francois Hollande attended the memorial service of the First World War Battle of the Aisne, making him the first French leader to do so in a century.

Ahead of Sunday's memorial, Hollande said: "This centenary must make it possible to fully reintegrate Chemin des Dames into the national memory of the Great War, which for too long has been marginalized and overshadowed by the battles of Verdun, the Somme and the Marne."

After gathering more than one million men, on April 16, 1917, General Robert Nivelle launched an offensive against Germany at the front between Soissons and Reims. The attack - supposed to be a rapid operation thanks to the use of the first war tanks - turned into a fiasco, causing multiple mutinies.

Under the impression that the Germans had been exhausted by the Battle of Verdun and the Battle of the Somme, General Nivelle believed a breakthrough offensive at Chemin des Dames could be completed within 48 hours.

But faced with roads destroyed by shelling, the French troops or "poilus" progressed with difficulty. A warren of caves and tunnels left behind by centuries of quarrying were also used by German troops to shelter and escape the French bombardment.

Some 187,000 French troops, including Senegalese infantrymen died in the battle. 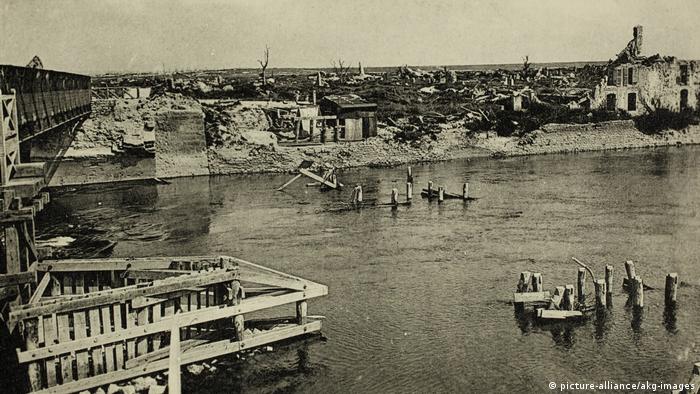 The huge defeat had a disastrous effect on morale, resulting in mutiny across many divisions. Of the 554 death sentences handed to mutineers after the Chemin des Dames, 49 resulted in execution. However, Prime Minister Raymond Poincare (1926-29) later pardoned most of those condemned.

In 1998, in the city of Craonne (Aisne), Socialist Prime Minister Lionel Jospin cleared the men who had mutinied saying they should "reintegrate in today's collective memory."

Commemorations on Sunday began at dawn with a 5-kilometer (3-mile) walk across the Plateau de Californie, a few kilometers from the village of Craonne.

It was there, on Hollande's arrival, that the Chanson de Craonne was sung by a choir. Ceremonies continued at the Caverne du Dragon, home to the Chemin des Dames Museum where a sculpture by artist Haïm Kern was also to be unveiled, three years after the original was stolen.

Following a recital of the French national anthem, the Marseillaise, a remembrance at the German military cemetery was held in the presence of the German ambassador.

Ahead of a vigil on Sunday night, Hollande was also scheduled to give a speech before unveiling a commemorative plaque.

Marking a small but strategic victory during World War I, the Battle of Vimy has played a pivotal role in Canadian history. Canada's premier has described the event as a turning point for the war and his country. (09.04.2017)

Gauck and Hollande commemorate 100th anniversary of World War One

On August 3, 1914, the German Empire declared war on France. One-hundred years later, the German and French presidents commemorated the event that irreversibly changed not only their countries, but the entire world. (03.08.2014)