France's Ecology Minister Segolene Royal has apologized for telling people not to eat the Italian Nutella chocolate and nut spread. She had claimed it contributed to deforestation and climate change. 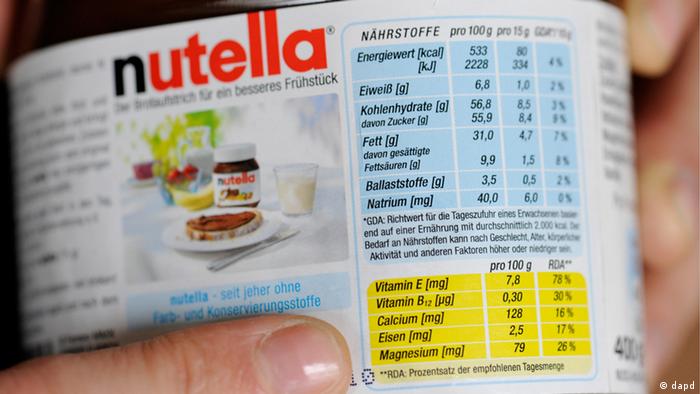 Ecology Minister Segolene Royal issued her apology after the Italian company which makes Nutella said its palm oil is sourced in a responsible way.

Agnese Renzi, the wife of the Italian Prime Minister, was photographed going to a Nutella concept bar at the Milan Expo fair with her daughter. She ordered a Nutella and cream crepe.

A number of Italian politicians called on Royal to apologize which she eventually did, via Twitter: "A thousand apologies for the row over Nutella," she wrote. "Okay to showcase progress."

Royal had claimed on French television on Monday that people should not eat Nutella: "We should stop eating Nutella... because it's made with palm oil."

The Minister argued that oil palm plantations were supplanting forests, leading to deforestation and causing "considerable damage to the environment."

Nutella stressed all of its palm oil comes from responsibly sourced plantations, most of them in Malaysia.