French authorities are hoping to continue the downward trend with an ambitious strategy against tobacco use. Even Parisians have started to kick the habit, according to the Health Ministry. 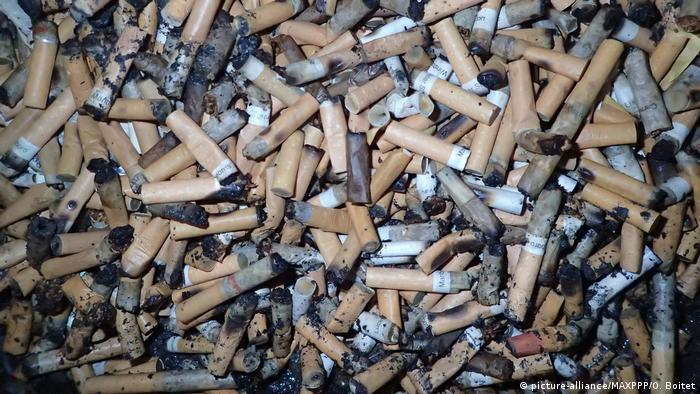 France's Health Ministry has announced that the country had 1 million fewer smokers in 2017 compared to the year before.

Daily smoking in France dropped from 29.4 percent of the population in 2016 to 26.9 percent in 2017, marking a difference of 2.5 percentage points, according to a ministry report published Monday.

The ministry-run public health agency credited its National Tobacco Reduction Plan (PNRT), a strategy drawn up in 2016 to combat tobacco use in France, with the successful reduction in tobacco use. Ile-de-France, where Paris is located, was the region with one of the lowest numbers of daily smokers.

The drop was also significant for disadvantaged smokers, including low-income and unemployed French. The decline was most notable in men between the ages of 18 and 24, and women aged 55 to 64. The groups witnessed a decline of 9 percent and 3 percent, respectively.

'Possible to fight against smoking'

As part of the PNRT, French authorities have developed apps, hotlines and an information service aimed at helping the country's smokers ditch the habit.

"This historic decline proves to everyone that it is possible to fight against smoking through coherent and integrated actions," said Francois Bourdillon, who serves as director general of the public health agency.

According to the World Health Organization, tobacco use kills more than 6 million people annually, with roughly 80 percent of the world's 1.1 billion smokers living in low- or middle-income countries.

"The tobacco epidemic is one of the biggest public health threats the world has ever faced," according to the WHO. 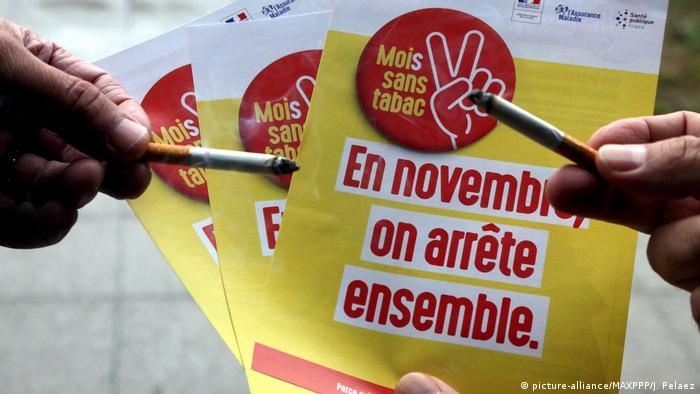 Since 2016, France has implemented an ambitious strategy aimed at stopping the use of tobacco

Measures aimed at curbing tobacco-related deaths now reach more than 60 percent of the world's population, the WHO says. But attempts by the tobacco lobby to sway government policy remain a "deadly barrier." (20.07.2017)

Can Japan stub out its smoking habit?

With the clock ticking down to 2020 and the opening of the Tokyo Olympic Games, Japan is under pressure to comply with the IOC stipulation that all public spaces in the host city are smoking-free. Julian Ryall reports. (07.02.2017)

Vaping instead of smoking? | DW Business