Measures aimed at curbing tobacco-related deaths now reach more than 60 percent of the world's population, the WHO says. But attempts by the tobacco lobby to sway government policy remain a "deadly barrier." 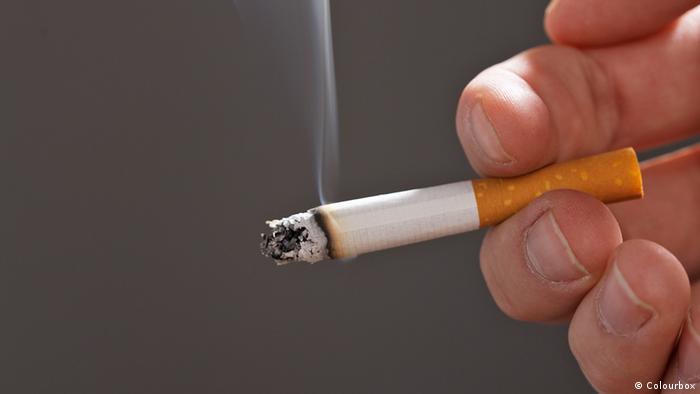 Tobacco controls and warnings about the dangers of smoking have quadrupled worldwide over the past decade, saving millions of lives, according to the World Health Organization (WHO).

In a report on the global tobacco epidemic published Wednesday, the UN agency said tobacco was the world's leading cause of preventable death, killing 7 million people each year.

"That's equivalent to wiping out the entire population of Bulgaria or Paraguay every year. That's not acceptable," WHO Director General Tedros Adhanom Ghebreyesus said at the report's launch in New York. Victims include 890,000 people who die annually from second-hand smoke exposure.

In an effort to bring down those numbers, countries accounting for 4.7 billion people, or around 63 percent of the world's population, have implemented at least one measure recommended by the WHO, including bans on advertising, tax hikes, graphic health warnings and anti-smoking legislation.

That's a "dramatic increase in life-saving tobacco control policies in the last decade," the report said, recalling that in 2007 only 15 percent of the world's population was covered.

But despite certain control measures being rolled out in more places, the WHO pointed out that tobacco companies seeking to influence health policy continued to pose a serious problem.

The report accuses tobacco giants of using deceitful tactics such as "exaggerating the economic importance of the tobacco industry, discrediting proven science and using litigation to intimidate governments."

It said such interference had stalled health policy developments, such as the creation of smoke-free public places or plain packaging, in many countries. It also warned that countries with partly state-owned tobacco companies should take steps to protect important health policy decisions from their commercial interests. One example is Japan, where the government has a stake in Japan Tobacco Inc.

"I think in this special situation there might be a conflict of interest in economic revenues from a partly state-owned industry and health of the population," Kerstin Schotte, a WHO medical officer, told reporters in New York. 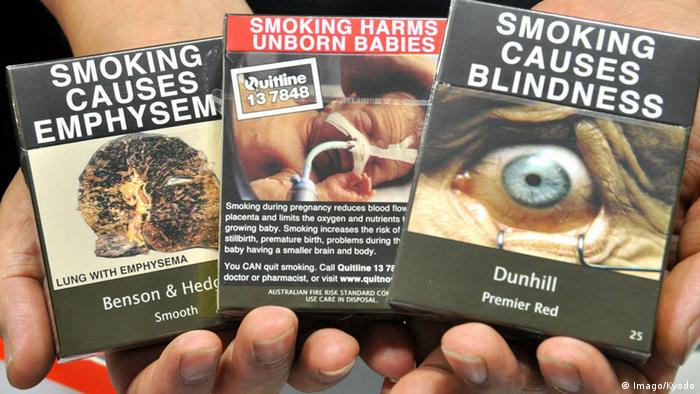 Under Australia's tobacco plain packaging law, cigarette packets must be free from distinctive logos or coloring

While almost 50 percent of the global population in 78 countries are exposed to strong graphic warnings on cigarette packs, only 15 percent live in countries that have implemented bans on advertising and promotion, the report said. It added that the most effective form of tobacco control - price increases - is one of the least used worldwide.

At the report's launch, WHO director of prevention of noncommunicable diseases Dr Douglas Bettcher said developing countries had made significant progress in introducing warnings on packets and banning smoking in workplaces in recent years.

He also praised efforts in Britain, Norway, Australia, and New Zealand, but pointed out that Germany is one of just two EU countries not to have complete advertising bans in force.