France says it's seeking EU sanctions to press Congolese President Joseph Kabila to make way for delayed elections. The US imposed sanctions last month against two individuals, with the EU yet to act. 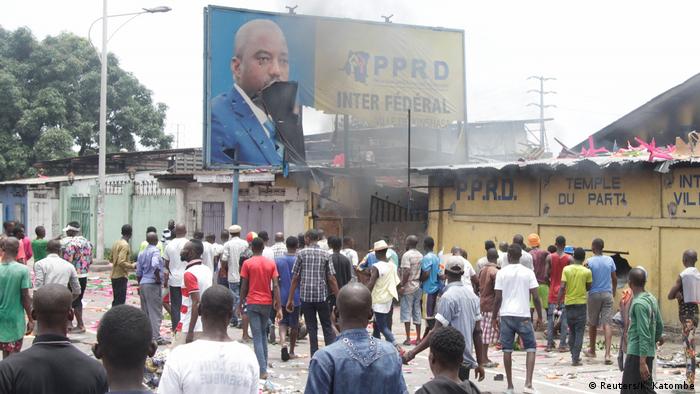 Editor's note: This story originally featured quotes attributed to DRC President Joseph Kabila, taken from a report by the Reuters news agency. Reuters has since retracted the story, saying the quotes were wrongly attributed to Kabila, when Tanzania's President John Magufuli had actually said them in a joint press conference. We apologize for the error, and have removed the pertinent passages.

The French foreign ministry said Tuesday the EU should use "all means at its disposal," including sanctions, to bring about a political transition in the Democratic Republic of Congo (DRC).

Prosecution was also needed "against those guilty of human rights violations," said ministry spokesman Romain Nidal, referring to the deaths of dozens of people in recent clashes between protestors and security forces.

The US Treasury last month imposed sanctions on two of Kabila's top aides - a general and a former senior police officer in what appeared to be a move to apply pressure.

On Saturday, DR Congo's electoral commission said presidential, provincial and national legislative elections would be held "simultaneously in November 2017," far beyond the scheduled expiry of Kabila's term in office.

"Mr Kabila does not have the right to stand for re-election and he needs to set the example," Ayrault said. 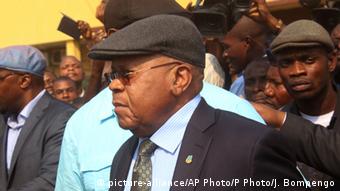 "On October 19th, we will give him a yellow card," said opposition leader Etienne Tshisekedi, intimating that more protests would follow if Kabila failed to step aside when his mandate expires on December 19.